Learn how local streets got their names on July 2 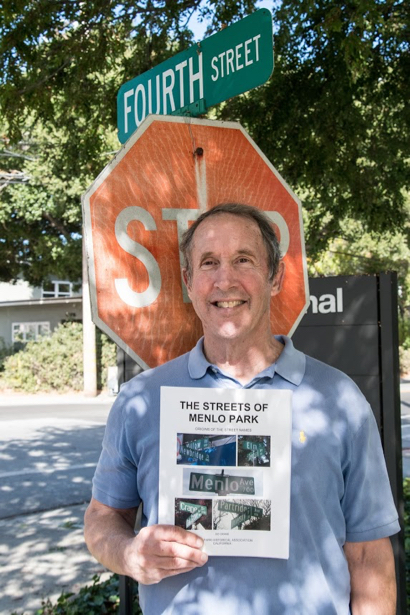 Join Bo Crane, author of the book The Streets of Menlo Park, as he shares information about the origins and namesakes of our local streets.  Discover the fascinating stories and biographies associated with the names — how the streets were named, and who lived on them. Bo’s talk takes place on July 2 at 7:00 pm at the Menlo Park Library.

The Streets of Menlo Park delves into the genealogical backgrounds of the many special people behind the street names of Menlo Park, especially those from the Gold Rush era. Wealthy San Francisco city dwellers purchased land in the area of Menlo Park Ranch after the railroad depot was completed. A street grid was developed and populated with names from numerous sources.

The book will be available for purchase at the event, with proceeds benefiting the Menlo Park Historical Association.

Local author Bo Crane is a historian with the the Menlo Park Historical Association. He grew up in North Palo Alto in an area now in Menlo Park. Bo Crane has authored books covering a variety of subjects. His first, The Life and Times of Dennis Martin, is about an early Menlo Park resident who crossed the Sierra Nevada in the winter of 1844-45 — two years before the ill-fated Donner Party.
Photo by Robb Most (c) 2017
Category: