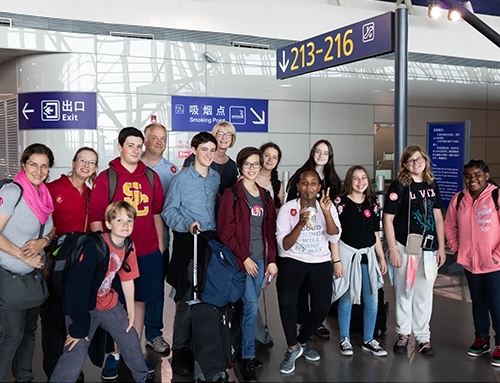 As part of Menlo Park’s Sister City Program, the city has maintained a friendship relationship with Bizen since 2015 and conducts annual alternating student exchanges between the two cities. A delegation from Bizen visited Menlo Park in 2015 and 2017 hosted by local families, and Menlo Park students traveled to Bizen in 2016 and this week for a cultural exchange aimed at enhancing the economic opportunities and friendship between the two cities.

For many, this is the trip of a lifetime, and a chance to experience authentic Japanese cuisine and culture firsthand while staying with host families, visiting local schools and learning about the different governmental systems. The group plans to visit the Bizen City Hall, several museums, a soy sauce factory, the famous Imbe Pottery Village — for a hands-on Bizen-yaki pottery making experience — as well as the Shizutani School site, Japan’s first public school, dating back to the 17th century.