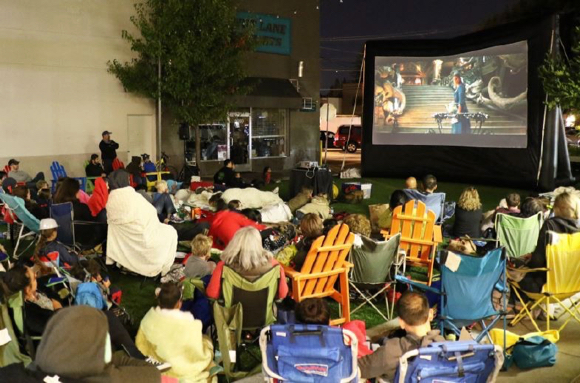 Nine films will screen for free as part of the Menlo Movie Series, which resumes for its fourth season on July 27.  It provides an opportunity to bond with Menlo Park families as well as provide memorable experiences for all toddlers to grand parents.

The weekly event features movies of varied genres including animated, adventure, sci-fi, and comedy. It takes place on Friday evenings at Burgess Park; screening times varys with sundown. The final film will be shown at Kelly Park rather than Burgess.

The complete schedule and screening times is available online.

Note: Photo is from last year when the event was held in downtown Menlo Park.