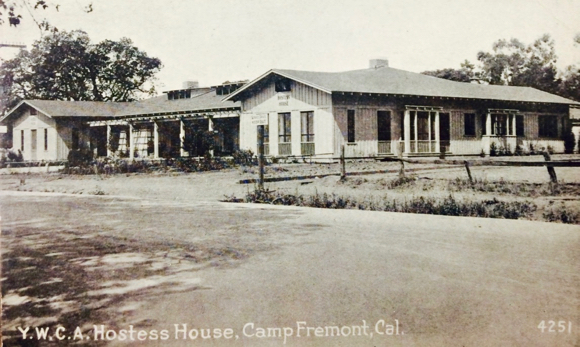 On August 4, 2018, the Menlo Park Historical Association is conducting its annual Victorian Days Walking Tour, sponsored by the San Mateo County Historical Association. The Menlo Park tour is free, as are other tours, and no reservation is required — you just show up at MacArthur Park, 27 University Avenue, Palo Alto, near the University Ave Train Depot, at 11:00 am Saturday morning, August 4.

This year, the Menlo Park tour focuses on two structures built in 1918 for Camp Fremont, one of the nation’s troop training camps for the Great War. MacArthur Park is chosen as the starting point as it was once the Y.W.C.A.’s Hostess House (pictured above), designed by Julia Morgan and constructed in downtown Menlo Park before it was bought and moved by the City of Palo Alto for its first community center. The current restaurant’s  grounds also contain the area’s only Civil War monument. 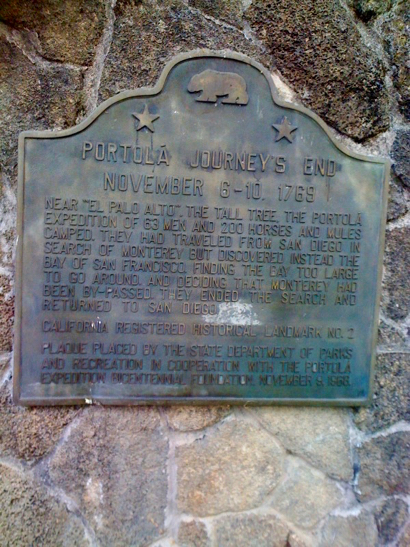 From there, the tour will venture over San Francisqutio Creek to see the State Historical Monument #2, tucked away on the Menlo Park side of the creek. The monument celebrates a historical campsite established 249 years ago, celebrating its Sestercentennial next year as part of an exploration in search of Monterey Bay and spotting a much larger estuary instead. Monument #1 is the Monterey Custom House, where the expedition passed through twice without matching the adjacent with an earlier description.

The tour then crosses into Menlo Park, passing by the best little street in town en route to twin pillars marking the entrance to the Stanford Park subdivision, now the name of the hotel across El Camino Real. The turnaround comes at the former Oasis pub, built by the Y.M.C.A. in 1918, also for Camp Fremont. When the camp closed, the building was purchased by John Beltramo, patriarch of the well-known local family. The buliding was moved and plunked down during Prohibition and so did not serve alcohol until over a decade later.

The total walk covers about two miles and will be led by Menlo Park Historical Association secretary, Bo Crane, also the author of the Association’s book, The Streets of Menlo Park / Origins of Street Names. Books will be available for purchase.