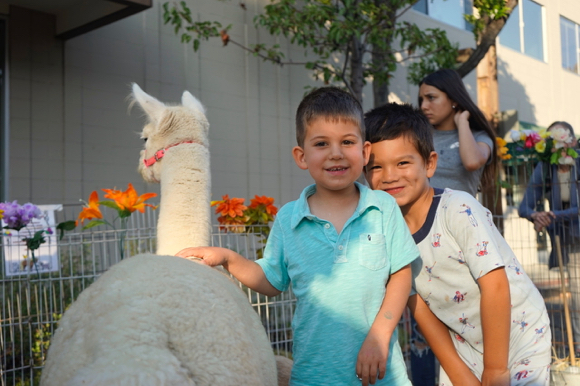 The annual Downtown Menlo Park block party last night brought summer to a close, if not by actual calendar, at least by the start of school year. 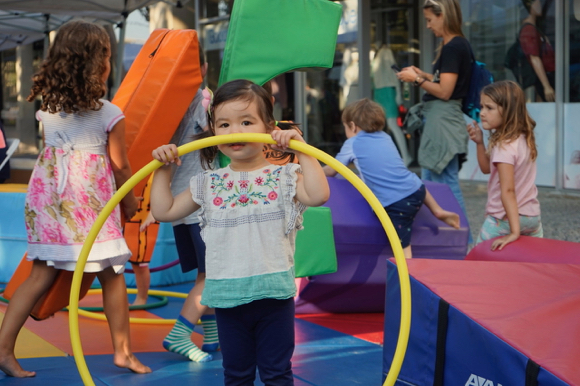 Stretching from University Avenue to El Camino on both sides of Santa Cruz Avenue, there was the usual mix of local non-profits and businesses passing out materials, games for kids, a petting zoo, and a very popular giant slide.

The Menlo Police Department was giving locals a sober view of drunken driving with a chance to maneuver a vehicle through cones while wearing “drunk” googles. Those who tried reported that it wasn’t easy! 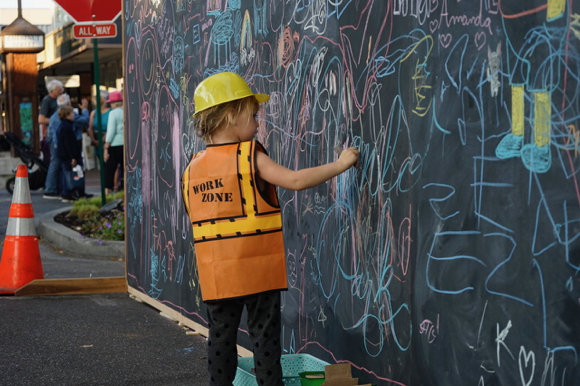 On hand to take photos for InMenlo was M-A rising junior Lena Kalotihos who spotted M-A parent Doug Marks in a band playing the drums, with Jen Gill singing, Dan Zalles on guitar and occasional vocals, and Richard Hubner on the keyboard.

“They’re called The Outer Half and they write their own original songs that are available on Spotify. They also perform a lot of older rock classics,” reported Lena. 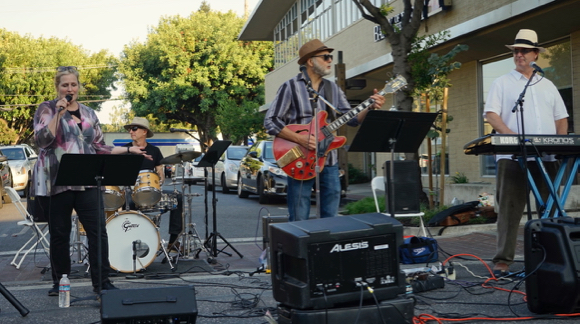