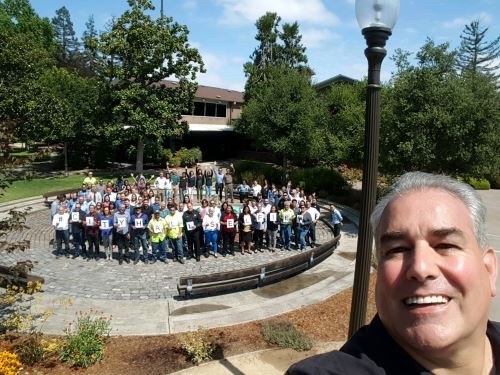 The City of Menlo Park was among the municipal governments that participated in international #CityHallSelfie Day on August 15.

The #CityHallSelfie phenomenon began in 2014 when various municipal employees around the globe started snapping pictures of themselves in front of city and county buildings. What started as a fun way to show love for local government and their city halls became what is today an annual attempt to break the world record for most city hall selfies taken in one day.