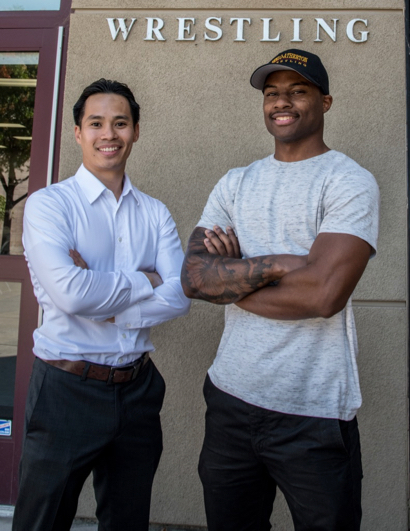 Coach Hoang will be the girls’ teams coach. Under his leadership, the program has grown from just a few girls to almost 20, and in the past few years the M-A girls team has had several individual CCS champions, back-to-back CCS team titles, a team CCS GPA leader, one State Champion, one State runner-up and several State qualifiers.

Charles Washington Jr. is the new boys’ team head coach. A 2012 M-A graduate who wrestled and played football for the Bears, he was the head coach for two years at Hillview Middle School as well as an assistant for M-A’s boys team the past five years.

Charles is currently a firefighter for the Menlo Park Fire Protection District and an instructor in their Explorer program. Charles credits former coach, Peter Wright, with mentoring him during his years at M-A and helping him to become a better wrestler, athlete, and person, and a significant motivator for him to want to be the school’s next head coach.