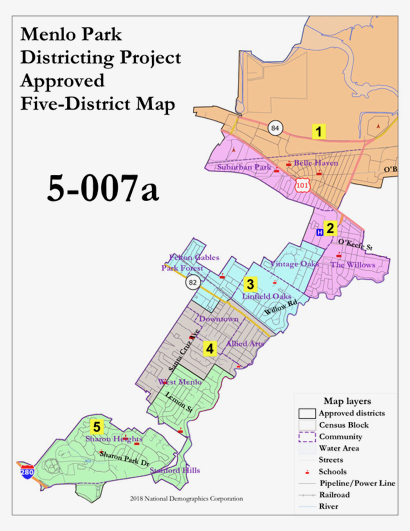 The City of Menlo Park has changed the way City Council members are elected, from at large elections to “by district” elections. The district map accompanies this post. Here is an interactive map that allows residents to determine what district they are in.

The candidates will discuss key issues in Menlo Park, including housing availability and affordability, transportation, environmental sustainability, and social equity.

Menlo Together is a newly-formed group of Menlo Park and Peninsula residents who envision a city that is integrated and diverse, multi-generational, and environmentally sustainable.

RSVP is required by September 30: RSVP on Eventbrite.

Other upcoming candidate forums include: