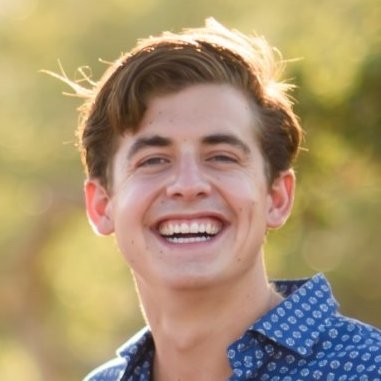 Jack is a fairly new resident of Portola Valley, although he lived in Menlo Park before that and attended Menlo School. His interest in photography was first sparked when he was in Berlin during a junior year abroad while an undergraduate at Duke.

“I took my sister’s camera with me, a Canon Rebel along with an awesome 28 to 300 mm lens,” he said. “A friend and I walked around and checked things out. Berlin is a really cool city with a diversity of architectural styles and interesting people.”

His winning photograph was shot with a Canon 6D in October around 7:45 am. “I’m really drawn to low light photography and had driven up to the top of Windy Hill along Skyline. I wanted to incorporate the iconic tree.”

While busy working at a local startup, Jack tries to get out at least once a month. “I love all our local open spaces. I’ve probably photographed Russian Ridge the most. I love being up along Skyline. It’s just magical.”

You can see more of Jack’s work on his photo website.

According to Midpen, nearly 250 images — all taken in publicly-accessible areas of the organization’s 24 open space preserves — were submitted this year. A new youth category encouraged middle and high school students to participate.

Winners were chosen by a public vote on Midpen’s Facebook page. The first-place winner in each category received a $100 REI gift card. .

“The contest is a fun way for people using everyday technology, like smartphones and digital cameras, to connect with nature close to home,” said Midpen General Manager Ana María Ruiz. “We hope people are inspired to explore their public open spaces, perhaps for the first time, and capture those moments of awe and wonder in nature.”