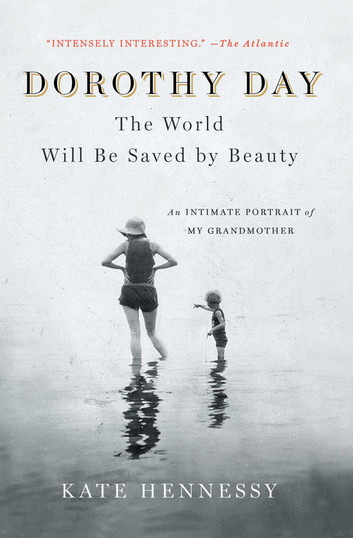 Kate Hennessy will share memories of her grandmother, the activist Dorothy Day, on  Sunday, October 14, at 3:00 pm at the Arrillaga Recreation Center, 700 Alma St. in  Menlo Park. Admission is free.

Her memoir about her notable grandmother is titled Dorothy Day: The World Will Be Saved by Beauty. Published in 2017, the book illuminates in intimate detail the life and work of Dorothy Day (1897-1980) — the iconic, celebrated, and controversial Catholic whom Pope Francis called a “great American” before Congress in 2015. Her cause for canonization is in process.

Day’s life has been revealed through her own writings as well as the work of historians, theologians, and academics. What has been missing until now is a more personal account from the point of view of someone who knew her well. The memoir is a frank and reflective, heartfelt and humorous portrayal of a matriarch with a close but complicated relationship with her daughter and only child, Tamar Hennessy, as well as her nine grandchildren.