Is this the scariest Halloween front yard in Menlo Park? 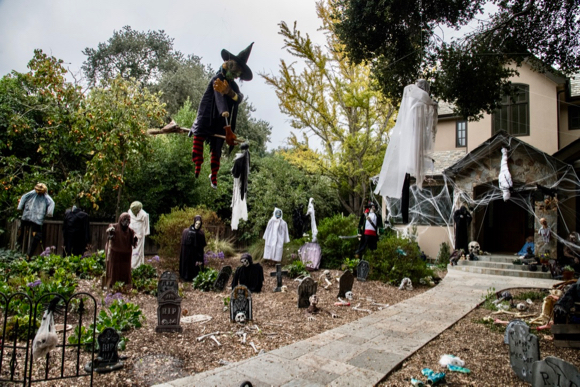 If you dare, take a walk on Laurel St. between Glenwood and Encinal Avenues, and you’ll pass a front yard chock-a-block with every kind of ghost, ghoul, monster — and even a President or two! It’s one of Menlo Park’s spookiest Halloween front yards, all the inspiration of Greg Hyde and his children. 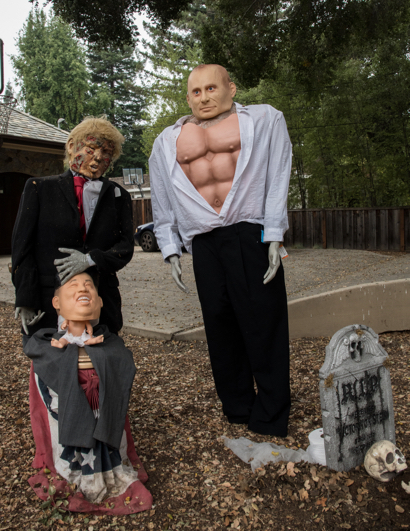 “We’ve been doing a Halloween party at the house for our kids’ classmates for a number of years,” Greg explained. “This was a way of bringing some of that inside-the-house-fun to the outside.”

The characters that populate the front yard grow in number each year, and most are handmade by Greg and the kids.

“We started with a little bit of stuff a few years back,” he said. “We made a Frankenstein out of paper mâché. Then I got a bunch of things from my sister that we turned into witches. 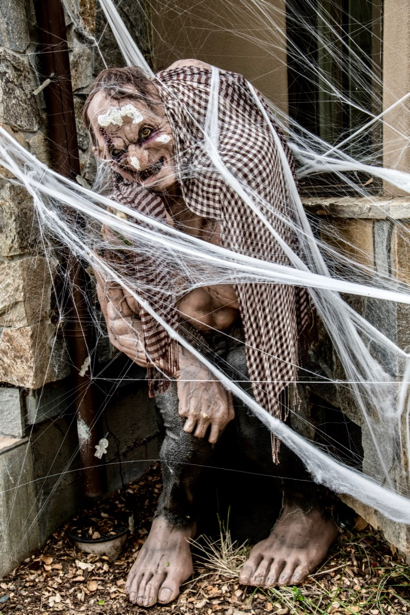 “I collect stuff from thrift shops, and we make our own characters. Nothing is rented.”

Greg practically likes the zombie Presidents and Presidential candidates. “We started with Obama and then added Mitt Romney and then both Hillary and Bill Clinton. Trump is represented, sitting on a golden toilet with Vladmir Putin handing him some toilet paper. That was my son’s idea — and he’s only 11! We added Kim Jong-un for good measure.”

Some of the figures move, often ingeniously, such as a plastic bag that controls a witch’s arm. Greg promises some additional lighting this year along with a new pirate, brown skeleton, and mummified body. “It’s not the Halloween stuff you see in stores,” he underscored.

Quasimodo is one of Greg’s favorites. “I got it from a shop in Sunnyvale because it was scaring too many of the customers!”

As we said, walk by if you dare! 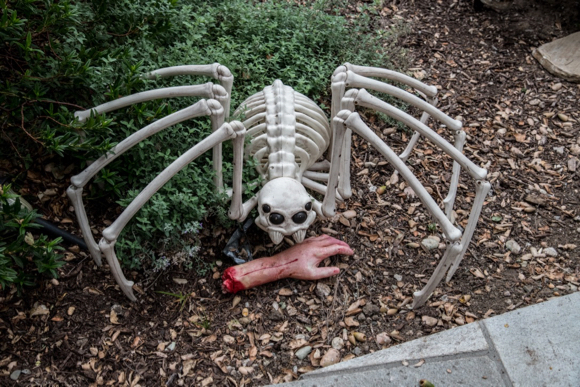