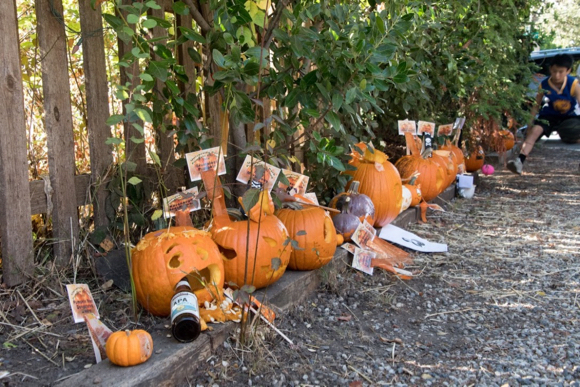 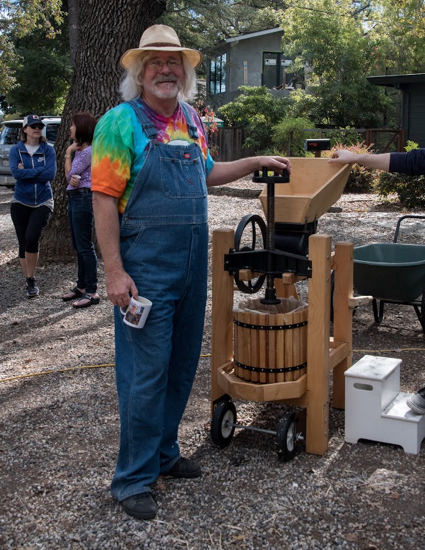 “This has been a long standing tradition in the neighborhood and is a fun and casual social event appreciated by everyone — part of what makes our neighborhood so engaged and with such a strong sense of community,” said Ron.

“My kids are grown now so this will be my last one. Several neighbors are planning on taking over so that the tradition will continue for years to come.” 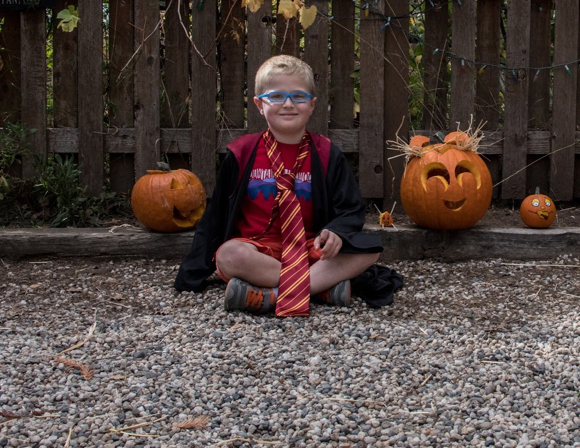 Ron has lived in the neighborhood for four decades and provided some background on how the annual event came to be:

“For years and years one of our neighbors on Leland Avenue did the most fantastic and creative pumpkin carvings, and his home became known as the “Pumpkin House.” He grew those gigantic 400-700 pound pumpkins and often would carve scores of pumpkins that he placed all around his front yard for Halloween viewing. Amazing art work!

“About 20 years ago, his small, all-wood home became a victim of progress — it was purchased, demolished, and a huge modern house was built. We lost the “Pumpkin House!” 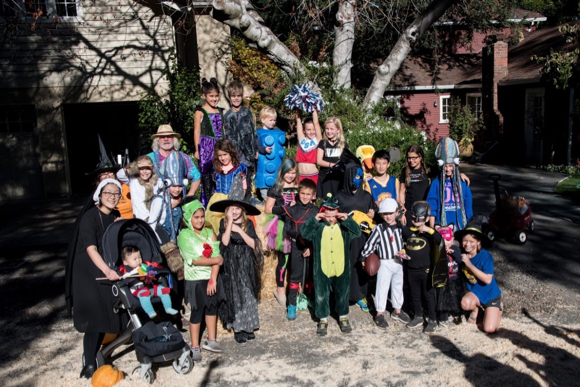 “To fill the void, I started a pumpkin carving event on the vacant lot at Palo Alto Way and Stanford Avenue. It was probably 15 or so years ago. We used straw bales as the carving ’tables.’  The event grew to include some very elaborate straw bale forts being built by the kids and even included a straw bale Egyptian crypt one year, complete with fog machine and scary sounds.

“Today, neighbors throughout University Park bring down their pumpkins to carve and put on display. We decorate the street with wood shavings and arrange straw bales as carving stations — giving the ambience of country farm.

“The long established tradition is that all pumpkins get a UnivPark Award — all awards handmade I might add, in recognition of the hours of work that friends put into making them.” 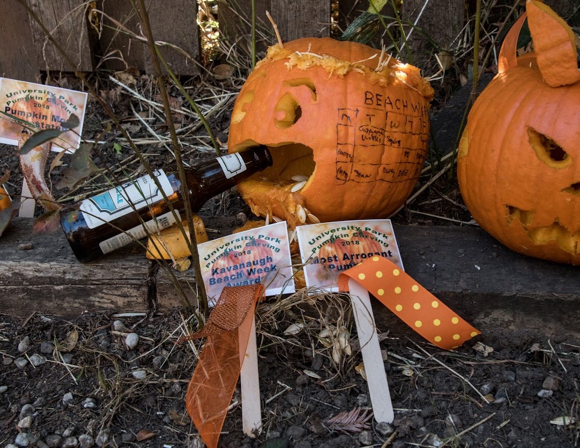 Ron mentioned that the awards are also quirky. Note the pumpkin pictured above that got a dual award: Kavanaugh Beach Week Award along with Most Arrogant Pumpkin.

This year’s event included making apple cider, thanks to the apple press provided by Cindy and Dave Tipton, and concluded with a costume parade. University Park residents bring home made treats and drinks for sharing throughout the day. Three teenage girls — left to right, Ellie Hultgren, Bella Deevy and Katie Tipton — proudly identified themselves to our photographer as “original participants” at the event. 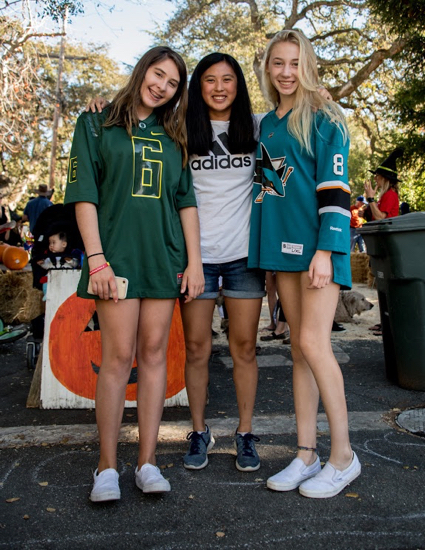