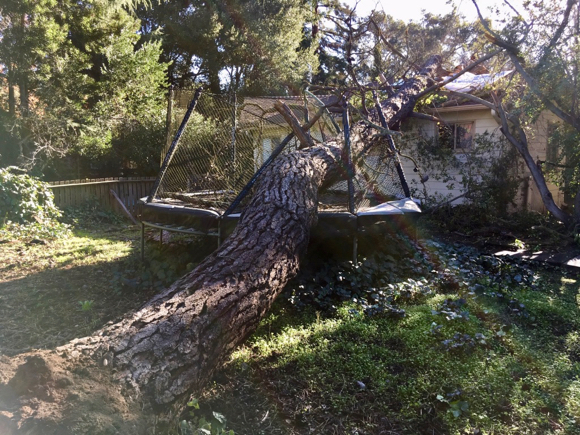 It was not Santa on an Atherton rooftop just before 2:00 am on Christmas morning but rather a large pine tree. Three people were inside the single story home when the tree fell and a  branch penetrated the roof and ceiling of an occupied child’s bedroom. No one was injured inside the home.

Firefighters used plastic tarps to cover the damaged roof section which was also impacted by rainfall and wind.

Battalion Chief Chris Pimentel assisted the family with securing accommodations at the Stanford Park Hotel because the home was not safe for re-occupancy until the tree could be removed.