M-A football championship will be celebrated on Jan. 12 with a parade and rally 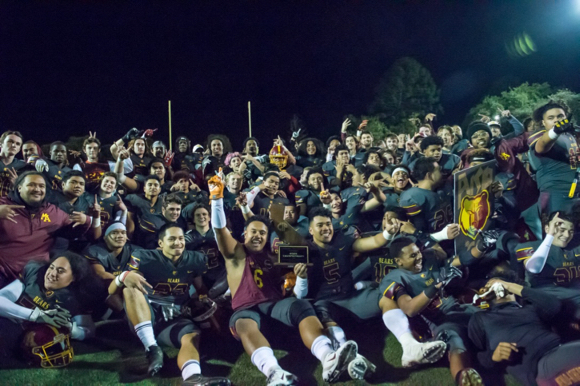 The Menlo-Atherton High School state champion football team will be honored with a parade on Saturday, Jan. 12,  at 10:00 am in downtown Menlo Park. A rally will follow at Burgess Park.

The parade route starts at the Caltrain station parking lot and make its way westbound on Santa Cruz Avenue. At Crane Street it will turn and proceed back on Menlo Avenue to Burgess Park. In addition to the football team, participants include the cheer and dance teams, the school choir, city officials and school coaches and personnel.