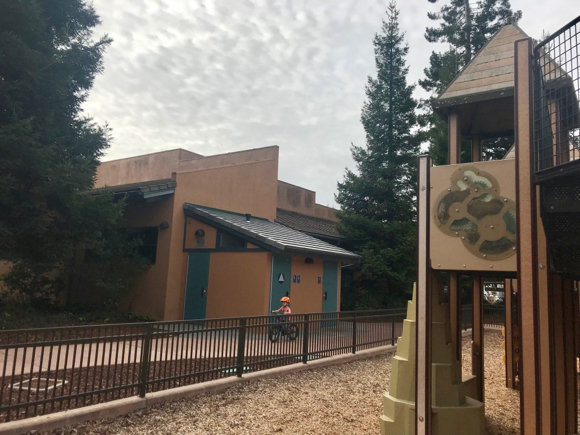 Permanent restrooms at Jack W. Lyle Park at the corner of Fremont St. and Middle Ave. are now open and operational for all park users. The new facilities replaced a portable toilet.

The City of Menlo Park will host a ribbon cutting ceremony on Saturday, March 2, from 9:00 9:30 am, which is also the kick-off for the spring youth soccer season.

Construction of the new permanent restrooms began in October 2018 and utilized prefabricated buildings to speed up the installation process. This project has been in high demand due to the high number of field users, especially during the spring and fall months when there can be up to 400 park users each weekend.

The new fully-accessible restrooms are open during normal park hours.

Originally known as Los Amigos Park and part of the old Fremont Elementary School, Jack W. Lyle Park is named in memory of Officer Jack W. Lyle, the only Menlo Park police officer killed while on active duty in our community.