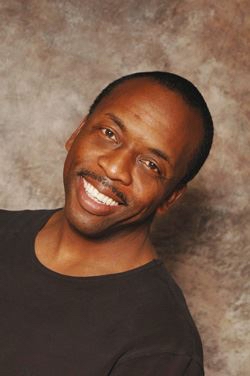 Kirk Waller will share a tale from the 13th century epic of Sundiata, the Lion King of the Mali Empire on Wednesday, March 20, at 7:30 pm at the Menlo Park Library. He promises a fascinating story filled with history, myth, magic, violence, battles, and love, in which he will use traditional instruments as well as his dramatic cadence to help carry the tale along.

This program is suitable for adults, teens, and mature children in grades 3 and above.

Kirk  has been involved in theater, public speaking, mime, and storytelling for over 20 years. He performs in the San Francisco Bay Area and across the nation, including the National Storytelling Festival in Jonesborough, Tennessee.

This free program is funded by the Friends of the Menlo Park Library.