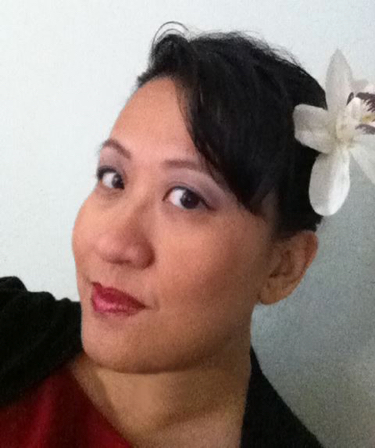 On the anniversary of the fall of Saigon, the Menlo Park Library presents Judi Le who recounts her touching — and hilarious — memories of life as a new American on Tuesday, April 30 from 7:00 to 8:00 pm.

Fleeing Vietnam on the eve of the fall of Saigon and ending up in refugee camp in Arkansas was already traumatic enough. But then, her family settled in Katy, Texas.  There she straddled two cultures— the one she was born into and the one she lives with. It’s a wonderful journey full of fascinating characters, capturing the absurdity and joy of the human condition.

Judi spent eight years writing and performing her show in and around Los Angeles, including at the Stella Adler Theater and the Hudson Guild Theater. She now calls San Francisco home.