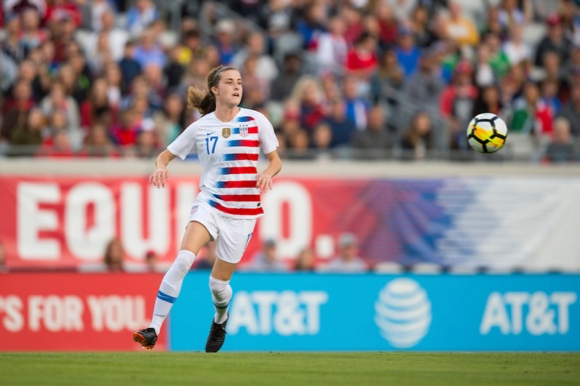 Sacred Heart Prep grads Tierna Davidson (SHP ’16) (pictured top) and Abby Dahlkemper (SHP ’11) (below right), along with  the rest of the US Women’s National team, will play South Africa on Sunday at Levi’s Stadium. Both Tierna and Abby grew up in Menlo Park.

Tierna was drafted first overall by the Chicago Red Stars in the 2019 NWSL College Draft after playing three years at Stanford. 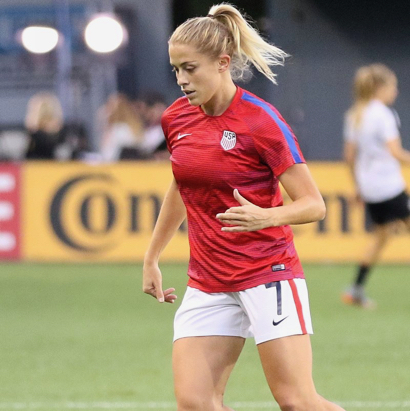 Abby played at UCLA where she helped the Bruins win their first ever NCAA National Championship. She’s been with the North Carolina Courage since 2017.

With the 23-player Women’s World Cup squad named on May 2 , the U.S. Women’s National Team is in its final phase of preparation before the 2019 FIFA Women’s World Cup. The USA’s begins its three-game Send-Off Series Presented by Volpi Foods, against South Africa on May 12 at Levi’s Stadium in Santa Clara, Calif. (1:30 p.m. PT on FOX). The USA has posted a 4-1-2 record so far in 2019 with all but one of those games coming against World Cup-bound teams.

Showing she can take to the water as well, Abby appears in the Sports Illustrated Swim Suit issue. About her experience, she said: ” [The SI Swimsuit team] just made me feel super comfortable and confident in whatever I was trying on and wearing, so I think that that helped the night before. And then I just kind of got in zone in front of the camera on the first day…. As a soccer player and being out in the field you really have to make adjustments through the game, and I think that’s kind of similar to this shoot and the way that I approached it… As I went along throughout the day, I ended up with a sheer shirt on and I felt comfortable and confident.: