If you’re looking for high school sophomore Noah Van Horne, you might look on a basketball court, in front of a chess board, or playing with his family’s dog – probably not at an exclusive fashion show for the San Francisco’s glittering high society. But that is just where Noah will be on Friday, May 31, when he will serve as the youth honoree at the Arthritis Foundation’s 16th Annual Fashion Fights Arthritis event.

Noah is one of about 300,000 children in the U.S. living with Juvenile Arthritis (JA), an often-painful disease that particularly affects the joints. Noah’s symptoms first appeared at age 7 (pictured right) when his knees began to swell. His mother, Elise Maar, says “He told me one day after school that he couldn’t go to baseball practice because his knees hurt, and I knew they must have really hurt since he loved baseball.” 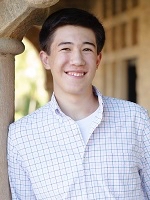 A few days later the swelling in both knees and an ankle was so bad that Noah couldn’t walk. A pediatric rheumatologist diagnosed Noah with juvenile arthritis.

Noah started attending the Arthritis Foundation’s free camp (Camp Milagros) in Livermore for children with JA when he was nine and has participated in AF’s Teen Retreat since he was fourteen. These programs provide a supportive community of and for kids with JA, and Noah has enjoyed the camaraderie of other kids without having to explain the disease to everyone.

Noah has started his own fundraising campaign to help ensure that other children with Juvenile Arthritis will have access to the same programs and support that he has found so helpful. To donate to Noah’s campaign, visit his Honoree page on the Fashion Fights Arthritis website.