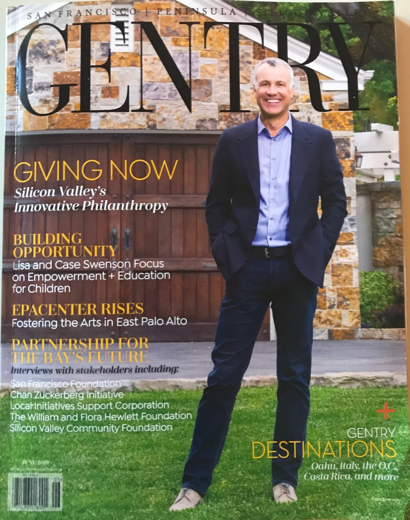 The Golden State Company has acquired Gentry magazine group from 18 Media for an undisclosed price. Gentry was founded in 1993 by Elsie Floriani and Sloan Citron. Its offices will remain in Menlo Park.

“When looking for a partner to carry forward my mother’s life work, Golden State was the obvious choice,” said 18 Media Chairman, Dan Floriani. “They have the vision and the resources to take Gentry to the next level while continuing to serve the readers and advertisers that we’ve had the pleasure to work with for so long.”

Gentry’s online presence will become a channel within goldenstate.is, and Golden State will be introducing a slate of digital products currently available across its network to Gentry readers.

Elsie Floriani will remain as Founding Editor and columnist while Stefanie Lingle Beasley will continue as Gentry President and Editorial Director, along with other members of the editorial staff. The sales staff will also remain while the creative staff was let go due to job duplication with Golden State.