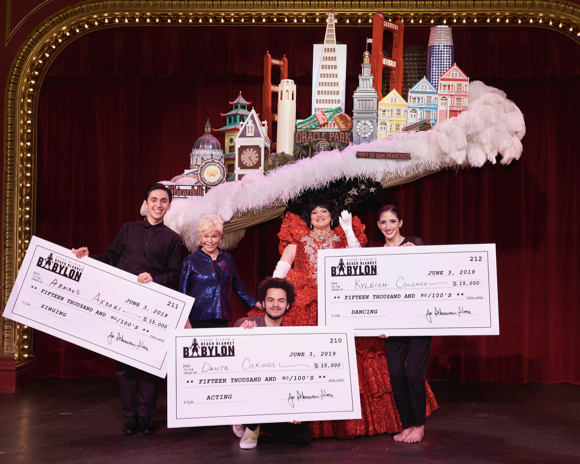 Recent Sacred Heart Prep grad Armand Akbari (left in photo above) knows how to close out his high school years on a high note. On June 3, he was one of three Bay Area winners of The Steve Silver Foundation & Beach Blanket Babylon 2019 “Scholarship for the Arts,” walking away with $15,000 to be used for his college education at USC in the fall.

“The reality didn’t hit me until I got home,” Armand said. “Being a finalist was an honor, winning was incredible.” 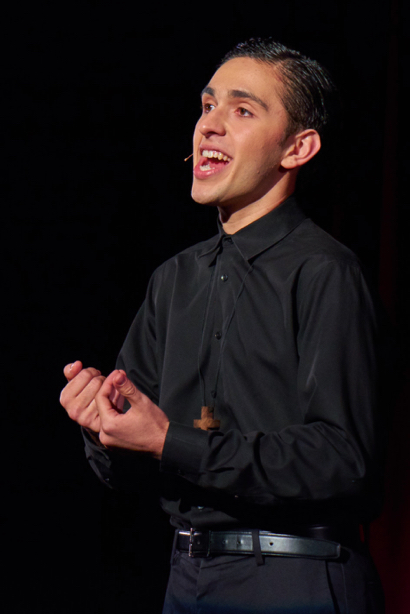 Armand describes himself as “inherently musical.” “I grew up singing to Disney movies and joined my first choir in second grade. By the time I was in 6th grade, I was serious about singing and performing.”

While at Sacred Heart Prep, he appeared in two school musicals and was the tenor section leader of the choir. He also performed with Children’s Musical Theater in San Jose. Currently he’s at the Gatehouse Theater in San Francisco.

“I’m one of the younger company members,” he said. “There are lots of college students involved. I’m an understudy to two different roles in Heathers the Musical.

The other two “Scholarship for the Arts” winners were Kyleigh Colchico (Dance) from Clayton Valley Charter High School in Concord performing to  Leave A Light On and Dante Cokinos (Acting)  from Novato High School in Novato performing a monologue from Pipeline by Dominique Morisseau.