Is collecting baseball cards a good hobby for kids? 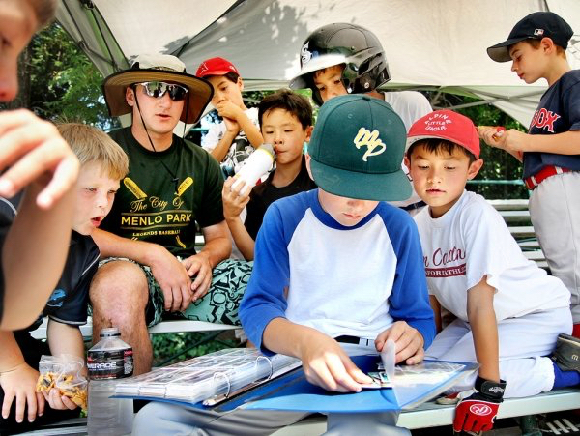 For those of you whose kids have attended a Legends baseball camp, you probably recall your child returning home with a handful of faded, vintage baseball cards (primarily from the late 80’s and early 90’s).

In fact, during our first seven years of Legends camps I slowly distributed my entire childhood collection (roughly 100,000 cards) to the youth of Menlo Park as rewards for winning camp competitions. Don’t worry, most of my cards were virtually worthless! 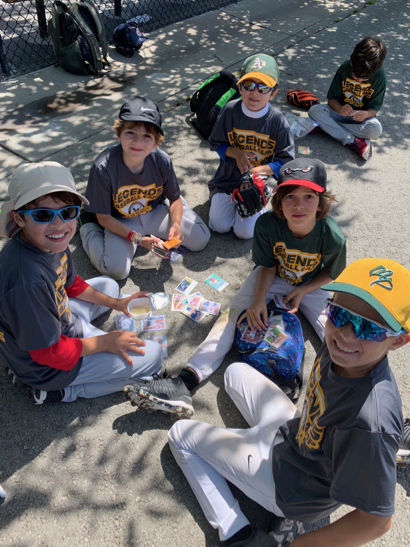 For almost 20 years I gave up the hobby and gave out all my cards. But something changed this summer. All of a sudden I am now researching cards again, buying packs and spending time organizing my budding collection.

While the sports card industry took a major hit during the recession, the hobby is slowly picking up steam again. I do believe that baseball cards could make a comeback, as millennials who used to collect (like myself) have children and realize collecting cards is a really fun hobby which offers some benefits in relation to other hobbies.

Over the course of this summer I have realized that very few kids are into baseball cards anymore! As I’ve been handing out the cards, I’ve been receiving feedback constantly from parents that “Little Johnny has been begging me to take him to the card store.” This has forced me to look at the merits of card collecting.

Below are three primary reasons I believe card collecting is an enriching hobby for kids, particularly aspiring ball players.

1. Collecting cards can spark or boost interest in baseball. It makes baseball fun!
There’s no feeling like opening a pack of cards and getting one of your favorite players! Even getting unfamiliar players can be fun as you can look them up and then follow them. Looking at statistics can also create quality conversation. Cards often include fun stories or facts on the backs of cards which allow you to relate to the players. Baseball is very much a self-esteem destroying sport so anything you can do to bring more fun to the game makes a difference!

2. Collecting cards is primarily an offline hobby.
Today’s kids are spending anywhere from six to nine hours per day on screens. There’s a large body of research demonstrating a correlation between increased screen usage with declining mental health. While collecting cards may call for occasional internet usage, the hobby is generally offline and can replace some other online hobbies such as video gaming or social media. Kids of today need to find more offline hobbies. Collecting cards is just one of many!

3. Collecting cards is a great hobby for building connection amongst friends and family.
During lunch time at Legends camp you can usually see kids huddled together, cards sprawled on the ground as they discuss trades and show off their best cards. Card collecting can be a great way for people to connect! A friend of mine with a nine-year-old son was telling me how on weekends they often go to garage sales in search of undiscovered valuable cards.

In conclusion, collecting cards may not be for everyone. However, those looking for a common interest and fun way to enjoy the game of baseball, this hobby may be worth trying!

Author David Klein is an M-A grad and founder of the Menlo Legends collegiate team.