Menlo-Atherton football will play at Levi’s® Stadium on Sept. 6 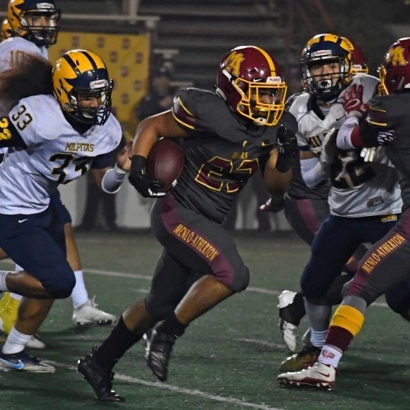 The sixth annual installment features a double-header with San Benito (CA) vs. Wilcox (CA) at 5:00 p.m. followed by Menlo-Atherton (CA) vs. Serra (San Mateo) at 7:30 p.m. General admission tickets in the lower bowl of Levi’s Stadium will go on sale on TicketMaster.com for $25 at a later date.

The 49ers Foundation works to support youth football instruction and provide leadership skills to kids throughout the Bay Area and beyond. In 2018, 49ers PREP launched brand new flag football leagues in partnership with local community partners, presented by Mountain Mike’s Pizza, that saw over 500 Bay Area boys and girls participate in its first year. Now in season two, the 49ers PREP Flag Football Program has grown to more than 3,000 participants with over 35 leagues spanning the Central Valley, Northern California and Hawaii.