22 large-scale paintings by Mitchell Johnson on display at 555 California St. in San Francisco 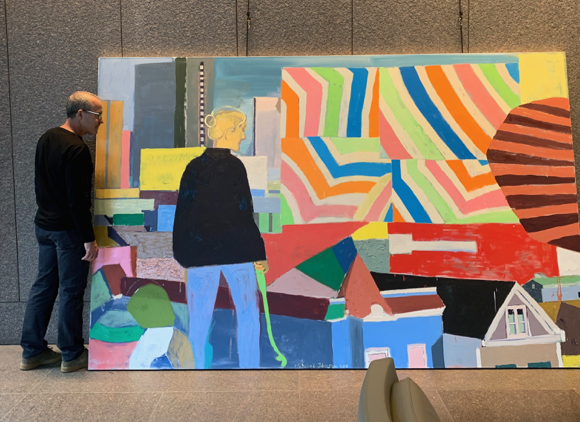 An exhibit of 22 large-scale paintings by Menlo Park artist Mitchell Johnson (pictured above) are on display in the Plaza Gallery of 555 California St., San Francisco, through October 25, 2019. The exhibit includes cityscapes of San Francisco and New York, icebergs from Newfoundland, large abstract paintings and compositions from New England. 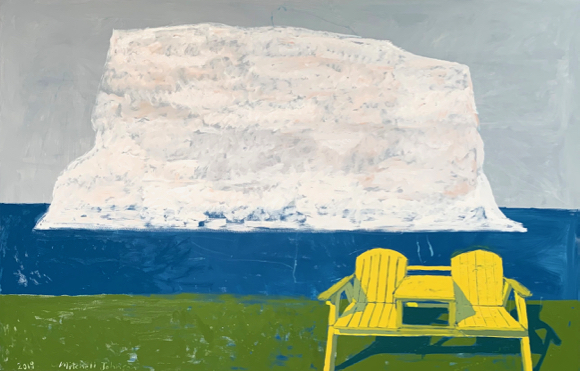 Mitchell’s color- and shape-driven paintings have appeared regularly in the New York Times Magazine since 2013 and are in 28 museums and over 500 private collections such as the Anne Marion Collection, the Doerr Collection in Palo Alto and the Senator Bill Bradley Collection.

The late Bay Area art historian, Peter Selz, interviewed Mitchell  for the Smithsonian Archives of American Art in 2009 and stressed the importance of Johnson’s relocation from New York City to the Bay Area in 1990 and the impact of “California light” on his eclectic and optimistic work. Selz anticipated how he would develop over the next 10 years and eventually “paint realist paintings that are basically abstract paintings and abstract paintings that are figurative.” 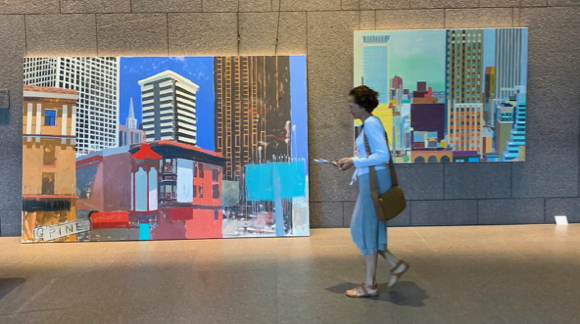 Throughout Mitchell’s 30 years in the Bay Area, his work has moved freely between abstraction and representation, with a notable change occurring in 2005 following a painting trip to Truro, Massachusetts. He was deeply affected by a Josef Albers/Giorgio Morandi exhibit he saw in Bologna, Italy just weeks before that trip. The distinct changes in his compositions and brushwork in 2005 – a shift away from European landscape and loose brushy paint application in favor of areas of flat color and larger shapes reveal the influence of both Albers and Morandi and an allegiance to Modernism and Fairfield Porter.