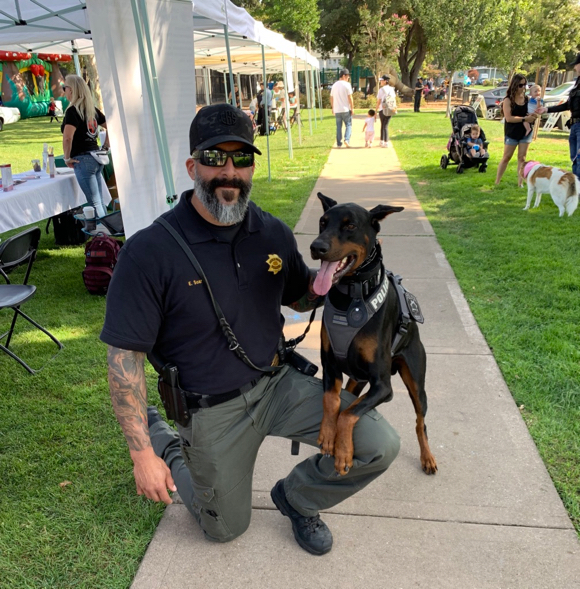 Duke the drug-sniffing canine of the Menlo Park Police Department was on hand with his trainer Det. Sgt. Ed Soares (pictured above) at the 4th annual Paws for Paws that runs through 2:00 pm today at Burgess Park.

Duke joined the department in May, 2016, as a narcotic detection dog for use in Menlo Park Police’s Special Investigations Unit (SIU). Sergeant Soares and Duke have completed an advanced narcotics certification course through the California Narcotic Canine Association (CNCA) and been featured on the cover of Working Dog magazine. 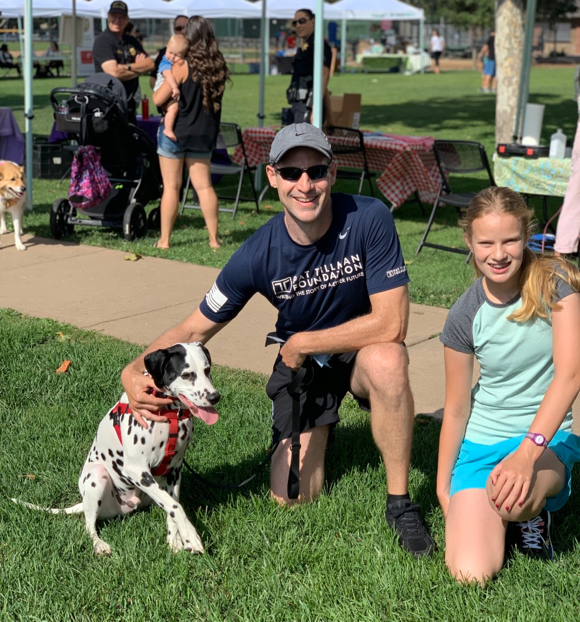 There were, of course, just happy dogs and their human guardians on hand as well including Chris and Zoe Hart with Dalmation, Samwise, and Dennis with Maggie who was-unsure about the neck scarf. 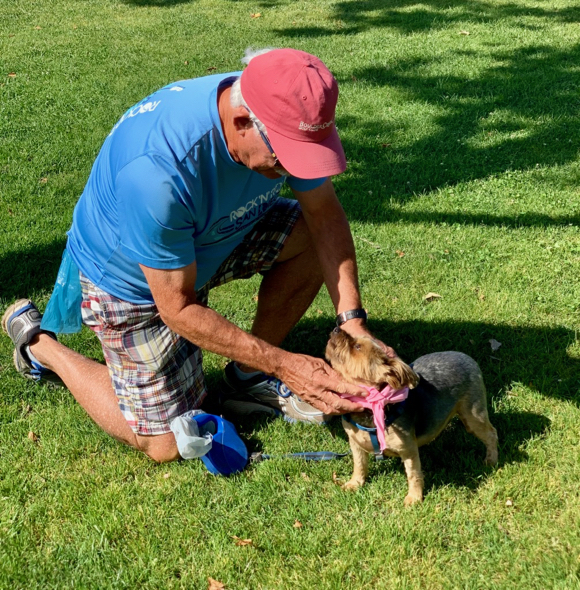