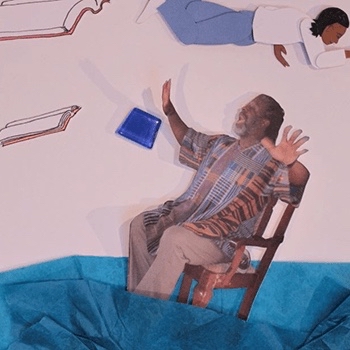 Michael D. McCarty’s packed schedule doesn’t leave time for him to make it to Menlo Park — for now— so we’ll watch the new film about his remarkable story on Monday, Sept. 30, from 7:00 to 8:30 pm at the Menlo Park Library. After the film, we’ll have a video chat with Michael, so you can ask your questions about his remarkable life!

Belonging in the USA: The Story of Michael D. McCarty is an award-winning documentary sharing the journey of a man who, even in the face of the greatest obstacles, spreads joy wherever he goes. The film follows Michael as he evolves from aspiring scientist to Black Panther Party member, from FBI target to soldier, from drug addict to an ashram devotee. The twists and turns of Michael’s life inspire hope and laughter, and serve as a living example of resilience that challenges contemporary American stereotypes and can help build bridges between us in ways we never considered.