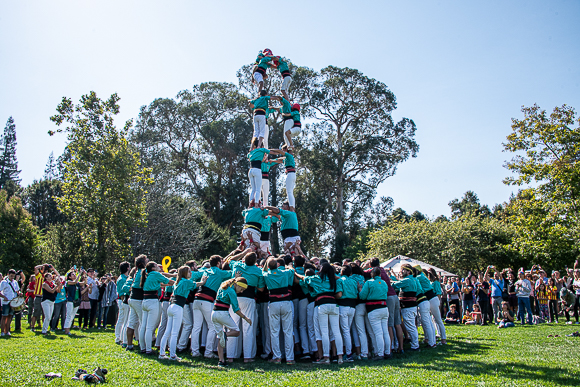 Last Saturday (Oct. 12), a world famous human tower group from Catalonia put on quite a show at Holbrook Palmer Park in Atherton. 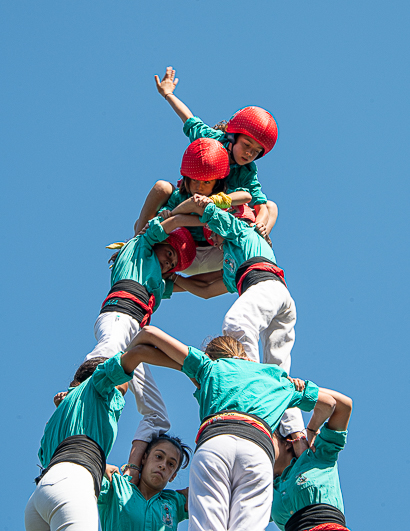 “It is a festive event for the Catalan community in the Bay Area where we celebrate the old cultural activity typical of our land,” emailed Jordi Argente in advance of the event. “We will gather 300-400 people for a friendly pot luck and a group of 180 “castellaires” are traveling  from Vilafranca del Penedès located in our wine region in the Barcelona province.”

What’s a human tower? According to Wikipedia, “In Catalan, the word castell means castle.

“A castell is considered a success when assembly and disassembly can be done in complete succession. The assembly is complete once all castellers have climbed into their designated places, and the enxaneta climbs into place at the top and raises one open hand. The enxaneta then climbs down the other side of the castell, after which the remaining levels of castellers descend in highest to lowest order until all have reached safety.

“Aside from the people who climb to form the upper parts of the tower, others are needed to form the pinya, or bottom base of the castell, to sustain its weight. Members of the pinya also act as a ‘safety net’ if the tower structure collapses, cushioning the fall of people from the upper levels. 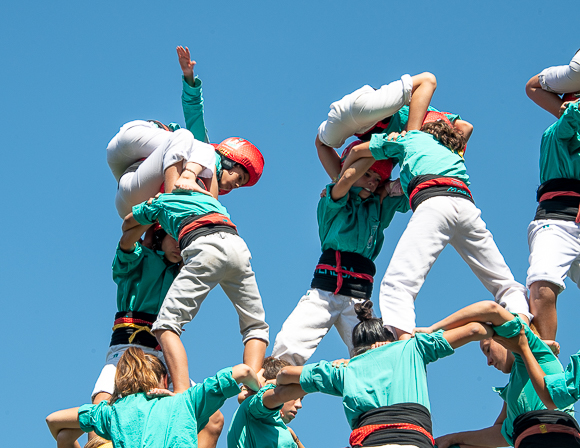 “The castell is built in two phases. First, the pinya — the base of the tower — is formed. People forming higher levels of the tower move to a position from which they can easily get to their places in the tower. This is done slowly and carefullyand as subsequent base levels are completed the castellers in the pinya determine if their base is solid enough for construction to continue.

“Then, when the signal to proceed is given, bands begin to play the traditional Toc de Castells music as a hush comes over spectators of the event. The upper layers of the tower are built as quickly as possible in order to put minimal strain on the lower castellers, who bear most of the weight of the castell. The disassembly of the castell, done amidst the cheering of the crowd, is often the most treacherous stage of the event. 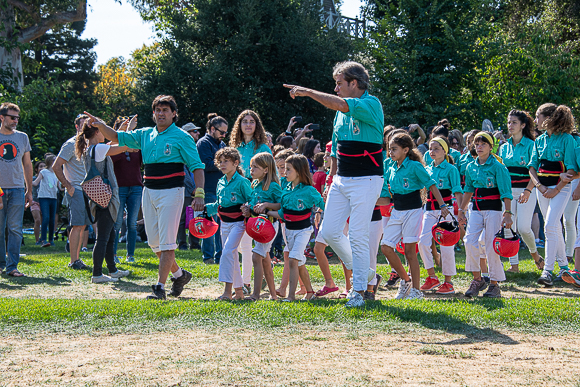 “A ‘rising’ castell consists of successive layers added from the bottom by lifting the castell into the air, stage by stage and is regarded as taking a great deal of practice, skill, and strength.”

InMenlo contributing photographer Robb Most was there to capture the action.