Kids give “thumbs up” to new Nealon Park Nature Playground 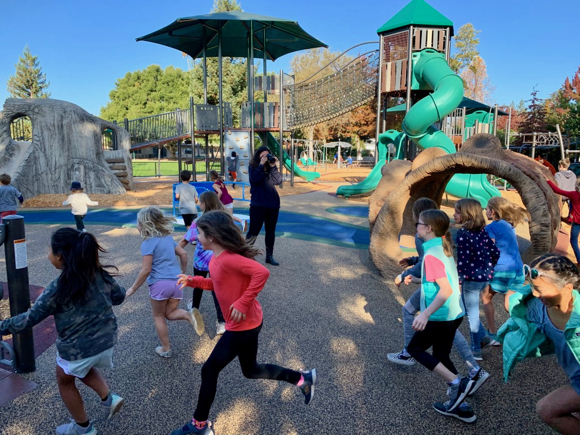 This morning the gates were thrown open at the new Nealon Park Nature Playground to the delight of the assembled children and their families. The Park has received certification as a National Demonstration Site in the areas of inclusive play, youth physical activity and nature play. 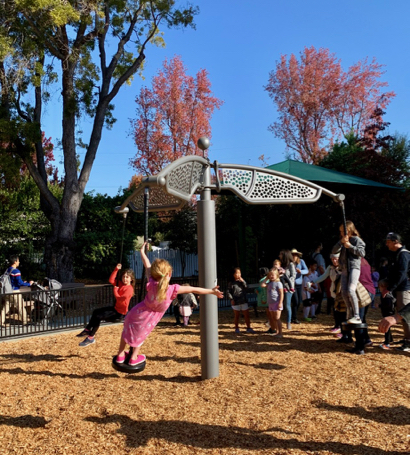 “The playground is consistent with the goals and vision of the Parks and Recreation Facilities Master Plan that the City Council accepted in October that promotes inclusivity through universal design and promotes health and wellness for our children and their families,” said Mayor Ray Mueller.

Nealon Park is the first in the City to be renovated with new playground standards that:

Parks and Recreation Commission Chairperson Christopher Harris announced that the next two playground projects will be at Burgess Park and Willow Oaks Park.

“We’ve set the standard, now ‘Let’s Play On!’ in the first inclusive playground in Menlo Park,” said Mayor Mueller just before cutting the ribbon. It was then up to the kids to test all the new play structures! 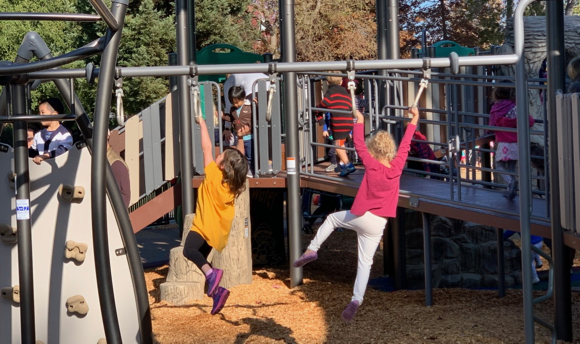