How that turkey you’re eating got its name 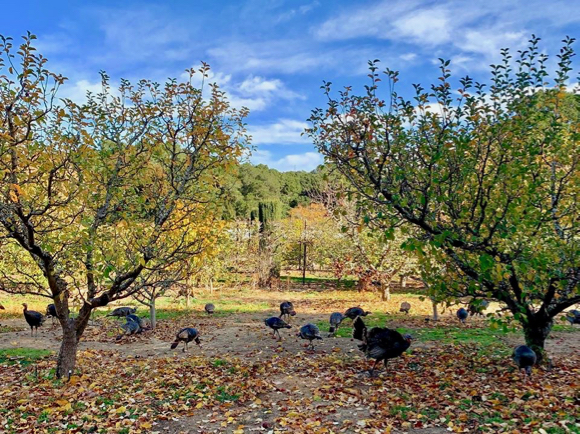 Today, many American families will gather around the lunch or (and?) dinner table, feasting on a Thanksgiving meal centered on turkey. It’s a celebration of many things, but historically, stems back to 1621, when European settlers (“Pilgrims,” as any American elementary school children will surely tell you) marked the harvest by having a similar meal.

Turkeys are indigenous to the United States and Mexico; in fact, Europeans only first came into contact with turkeys roughly 500 years ago, upon discovery of the New World. So how did turkeys (the bird) end up being named so similarly to Turkey (the country)? Let’s follow that bird’s history from the New World to the Old.

As far as we can tell, the first European explorers to discover (and eat) turkey were those in Hernan Cortez’s expedition in Mexico in 1519. This new delicacy was brought back to Europe by Spanish Conquistadors and by 1524, had reached England. The bird was domesticated in England within a decade, and by the turn of the century, it’s name — “turkey” — had entered the English language. Case in point: William Shakespeare used the term in Twelfth Night, believed to be written in 1601 or 1602. The lack of context around his usage suggests that the term had widespread reach.

But the birds did not come directly from the New World to England; rather, they came via merchant ships from the eastern Mediterranean Sea. Those merchants were called “Turkey merchant” as much the area was part of the Turkish Empire at the time. Purchasers of the birds back home in England thought the fowl came from the area, hence the name “Turkey birds” or, soon thereafter, “turkeys.”

Not all languages follow this misconception. Others, such as Hebrew get the origin just as wrong, but in the other direction. The Hebrew term for turkey, transliterated as tarnagol hodu, literally translates to “chicken of India,” furthering the Elizabethan-era myth that New World explorers had found a route to the Orient. This nomenclature for the bird is so wide-spread that it self-defeats the historical basis for the term “turkey” in English, as the Turkish word for turkey is “hindi.”

Author Dan Lewis is the founder of the Now I Know newsletter, where this post originally appeared; used with permission

Photos of turkeys at Filoli by Frances Freyberg (c) 2019