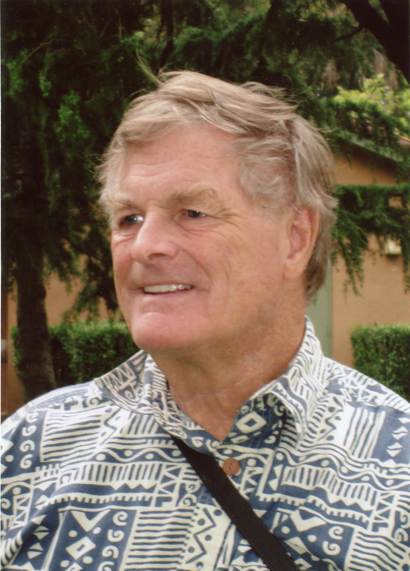 Atherton resident Ellis Joseph Alden passed away on December 2, 2019, at the age of 80 following a brief illness.

Ellis was born on August 8, 1939, in Brooklyn, New York. He grew up in Ft. Lauderdale, Florida and Westchester County, New York, and graduated from Dartmouth College and Columbia University Law School. Between college and law school he served in the army.

Ellis had a profound passion for life, work, and family. His pioneering spirit brought him to California in 1965, where he was a founding partner of a law firm and lived for three decades in Woodside.

After he left the law practice, his entrepreneurial drive fueled two successful businesses: Menlo Park-based Woodside Hotel Group, a collection of independent hotels located in northern California, and Alden Vineyards, one of the first mountain wine estates in the Alexander Valley.

Ellis inspired the people in his life with his vibrant energy, optimism, ideas, and talent for creating beautiful spaces. He was a lively storyteller and creative writer who won the Robert Frost Award at Dartmouth College. His mirthful spirit made him apt to rhyme and sing, amusing those around him.

Ellis is survived by his wife Karen, his children, Christopher (Daphne), Gregory (Lindsey), and Jennifer (Kirk), his former spouse, Katherine, six beloved grandchildren, one brother, two sisters, and many nieces and nephews. Ellis was preceded in death by his father, Jerry, his mother, Evelyn, and his brother, John.

A gathering to celebrate Ellis’s life will take place in early spring 2020. For anyone wishing to make a donation in Ellis’s memory, his favorite nonprofit organizations were the Peninsula Symphony and Good2Know Partners.