Menlo Park police searching for suspect who shot a dog 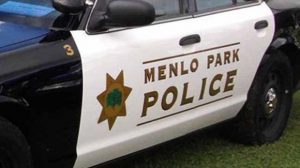 On December 29, 2019 at approximately 8:38 pm, Menlo Park Police Officers responded to the 1100 block of Hollyburne Avenue in Menlo Park on a report of gunfire. Upon arrival, officers located a dog suffering from a gunshot wound being tended to by its owner. The owner advised police that an unknown Hispanic male, in his late teens or early 20s and wearing a black hooded jacket and dark colored pants, had ridden by his residence on a dark colored mountain bike.

Upon seeing the dog in the owner’s yard, the male stopped his bicycle, pulled out a handgun, chambered a round and fired one shot at the dog for no apparent reason. The fired round struck the dog in the shoulder area, injuring him. The suspect then fled the area on his bicycle and was last seen riding northbound on Pierce Road.

A canvas of the area by officers failed to located the suspect. The dog, a 4-year-old male American Terrier, was rushed to veterinary emergency and is being treated for his wound. He is currently listed in stable condition.

At this time, Menlo Park Police Department is actively investigating this incident. No additional information or suspect description is available.