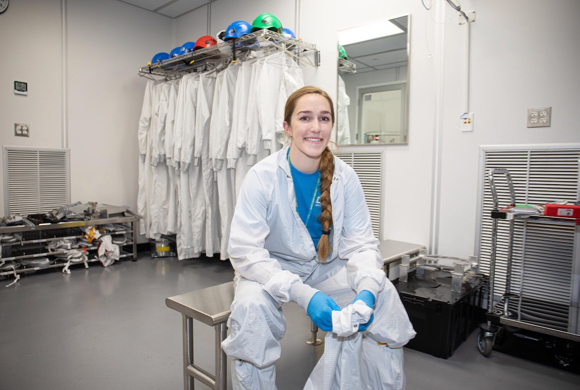 At 8:00 am each morning, the Large Synoptic Survey Telescope (LSST) camera’s integration and testing team shuffles into a conference room at  SLAC National Accelerator Laboratory in Menlo Park to orchestrate the day’s activities.

Hannah Pollek is a relative newcomer to the team, but she joined at an exciting time. Within the year, barring any setbacks, Hannah and her teammates will finish assembling and testing the massive LSST camera, and it will be shipped to its home at the summit of Cerro Pachón in Chile.

That will be a historic accomplishment. The LSST camera is the biggest digital camera ever constructed for ground-based astronomy. Its 6,200 pounds of components were designed and fabricated all over the globe and shipped to SLAC, where Pollek’s team is carefully piecing them together and running tests to ensure each element meets exacting standards. The final camera will capture 3,200 megapixels per shot and collect 15 terabytes of data per night over 10 years, spotting more galaxies in the universe than there are humans on Earth.

The most critical components of the camera are its 25 rafts, each a million-dollar tower of electronics topped by an array of top-of-the-line charge-coupled device (CCD) sensors. It takes hours to carefully insert each raft in its proper place, sitting less than a millimeter from its nearest neighbors. The CCD sensors on top of the rafts, which together make up the camera’s focal plane, must be flat to less than the width of a hair. There’s no room for error.

It’s like filling a parking lot with a grid of Maseratis that are inches apart and not allowed to touch, Pollek says. “It’s not simple, and there’s a nerve-racking element of these expensive things being put horrifyingly close together to get the effect we need from the focal plane,” she describes. “It gives you a sense of how much our heart rates rise when we’re going through the process.”

But with care and preparation, the team has the process down. Fully 16 of the 25 rafts have already been installed and tested. 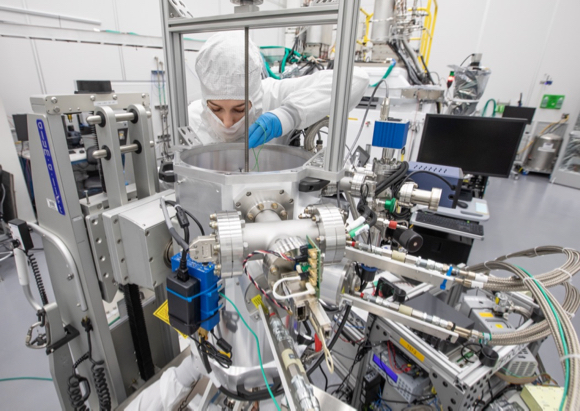 Pollek grew up in Cupertino, just a few miles from SLAC, and was only a year old when LSST Chief Scientist Tony Tyson gave a talk at the lab titled “Gravitational Lenses (Weak and Strong) and Dark Matter” that would become one of the earliest direct justifications for LSST and lead to Pollek’s current role.

Pollek says she always liked to work with her hands, learning to sew as early as first grade thanks to her mother, a professional fashion designer. An engineering technology class at Monta Vista High School made her realize that the same passion, combined with an affinity for math, could translate into an engineering career.

Her interest in mechanical engineering really took off when, while taking an engineering class at San Diego State University, a teaching assistant introduced her to Aztec Baja, the university’s Baja SAE (Society of Automotive Engineers) team. Baja SAE is a collegiate competition where students design and build a small off-road vehicle and contend in challenges against other schools.

“That was the first time I saw the full engineering process through, from a computer screen to a printout to an actual part being put into an assembly,” says Pollek. “And that was extremely eye-opening and exciting for me, and part of what I like about my job on LSST.”

She first heard about SLAC thanks to a visit by Martin Nordby at a high school career day. Nordby, the father of one of Pollek’s classmates and a mechanical engineer at SLAC, raised her awareness of the many jobs at the lab beyond physics.

From grease monkey to bunny suit

Her first summer as an intern at SLAC, Pollek was impressed by both the diversity of people from all over the world who were drawn to the lab and the array of fabrication experts and facilities at her disposal.

In her senior year at SDSU, Pollek helped lead Aztec Baja to a third place finish in the national competition in Rochester, New York – its best finish ever – and then returned to SLAC, where she traded in her greasy Baja tools for an LSST clean room suit (colloquially known as a “bunny suit”).

Pollek spends around five hours a day, on average, suited up and working in LSST’s clean room, and she appreciates the irony of going from working on a dirty, rugged off-road vehicle to an extremely clean and precise project like the LSST camera.

But she sees many parallels between Aztec Baja and the camera project: “It’s a lot of collaboration, and there are certain people who have their specialties. You know who to ask about anything and everyone is always happy to help.” 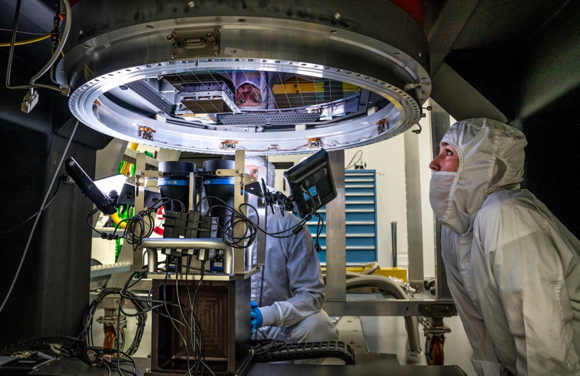 Pollek says her coworkers are one of her favorite parts of her job at SLAC. Even as an early-career engineer, she finds they’re always interested in her input and not at all like the introverted stereotypes of scientists and engineers.

She participates in SLAC’s knitting club and enjoys chatting with the lab’s highly experienced fabrication and machine shop technicians when she needs to get parts made. “Engineers know in their head what they want, but might not know the best way to make it,” she notes. “You can go over and bounce ideas off of them.”

She’s also motivated by seeing the LSST camera come together: “I get excited by seeing each bit of progress, and it makes you want to be prepared behind the scenes to help keep making that kind of progress.”

And the camera is indeed coming together. SLAC’s Flickr channel and LSST’s Gallery both show the steady progress of integration and testing by Pollek and her colleagues, including the integration of the first science raft and the arrival of LSST’s highly specialized lenses.

“You think about how LSST spans these really, really small scales, tight tolerances, and really, really large scales,” she says. “Once the whole camera is put together it will weigh more than my car.”

Pollek says the team recently tested a mass emulator, basically a huge metal weight attached to a crane that stands in for the mass of the camera, to make sure they’ll be able to move the camera when it’s complete. At that point the camera will be ever-so-carefully packed into a shipping container, put on an airplane, and flown to Chile so it can be installed in the telescope.

“Thinking about how deep into space the camera can see reminds you how small you are,” Pollek says. “I mostly try to stay more grounded, thinking about what we need to do in any given day. But of course I do have moments of wonder about what doors this camera will open.”