Answer to the cause of police activity on Grace Dr. on Tuesday 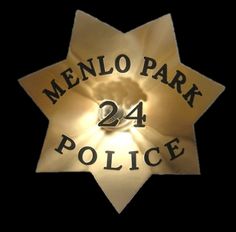 If you were driving on Oak Dell Avenue yesterday afternoon shortly after 3:00 pm, you’d have seen lots of police cars on Grace Drive cul-de-sac. A number of readers inquired as to what was going on. Here’s the synopsis provided by a spokesperson for the Menlo Park Police Department:

“Menlo Park Police Officers responded to the report of a residential burglary in progress called in to our dispatch. Witnesses saw a subject — later identified as Suspect Arrested Amazing Grace Finau, 6-25-91 of East Palo Alto —jump over a fence, break a window to a residence and make entry into the residence. Officers arrived and located Finau inside of the residence. Finau was arrested and transported to the San Mateo County Jail for violating Penal Code section 460 (a).”