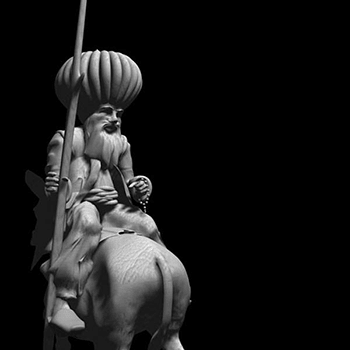 Nasruddin walked into a house and exclaimed, “The moon is more useful than the sun.” “Why?” he was asked.
“Because at night we need the light more.”

“Wise fool” Nasruddin Hodja is Turkey’s (and perhaps all of Islam’s) best-known trickster. His legendary wit and droll trickery were possibly based on the exploits and words of a historical imam.

Storyteller and Sufi master Kiran Rana will tell tales of this enigmatic and spiritual figure both in his original setting and in the U.S and the Menlo Park Library on Tuesday, Feb. 4 from 7:00 to 8:00 pm.

Rana was born and raised in India, but in 1973 he traveled to the West, where he joined a Sufi mystical school. In 2014, after many years as a publisher of self-help books, he gave up publishing and became a full-time teacher of Sufism. At the same time he started taking storytelling and playwriting classes at Stagebridge. His stories draw on Sufi sources, folk tales, personal stories and his own writing.

This event is free, thanks to partial funding support from the Friends of the Menlo Park Library.