Visit with Harriet Tubman at Menlo Park Library on Feb. 8 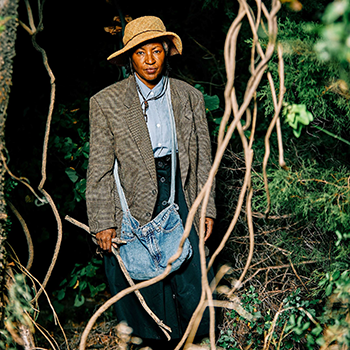 Meet the legendary Harriet Tubman, as portrayed by actress Betty Jewell Slater at the Menlo Park Library on Saturday, Feb. 8, from 11:00 am to noon.

Born into slavery, Harriet Tubman became one of the chief “conductors” in the Underground Railroad after her own escape. The abolitionist rescued approximately 70 enslaved people over the course of some 13 missions. On top of that, Tubman served as a nurse, cook, laundress, spy, and scout during the Civil War, and went on to give speeches in support of women’s rights, and she raised money to open schools for African Americans.

Betty Jewell Slater is a playwright, director, poet and actress. She writes and performs monologues of historic black women and women of the bible including Harriet Tubman, Rosa Parks, Bessie Coleman, Coretta Scott King, Mary the mother of Jesus, and Mary Magdalene. Betty brings each woman’s history to life with costumes, props, and humor.

The event is free, thanks in part to funding support from the Friends of the Menlo Park Library.