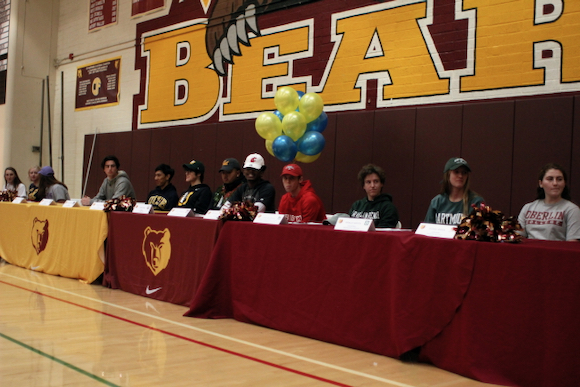 Sixteen college bound student athletes were celebrated last week in Ayers Gym on the Menlo Atherton High School campus. They were introduced by Athletic Director Paul Snow, who cited their accomplishments (excerpted below).

Audrey Koren, who is headed to Oberlin College, is a four-year varsity lacrosse starter for M-A. In both her sophomore and junior years she led the team in goals. As a junior, she was the offensive MVP and 2nd team All WBAL. She’s team captain this year.

Justin Anderson is a three star national recruit having won a state title as a junior in football, along with multiple all-league and all-section honors. He played Wide Receiver, Defensive Back and Returner, he’ll be continuing his career as a Cornerback at Washington State.

Uate Uhila is a two sport athlete (football and rugby) and will play rugby for Cal, where he won the prestigious Golden Bear Award at their rugby camp. A three year starter on the football team, Uate played O-Line and D-Line and plays Prop for rugby. He was on the State Championship Football team and the rugby team won NorCal last year. 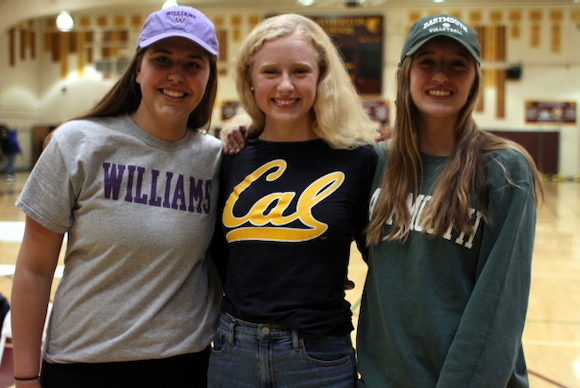 Miguel Tostado is a two-year varsity starter on the boys soccer team and has helped lead his team into a current 1st place standing in the Peninsula Athletic League this year. Miguel was selected as First Team All-League and the Midfielder of the Year as a Junior and a likely candidate to repeat the honor this year. He will be playing soccer at the University of California at Santa Barbara next year.

Marit Hoyem, who will attend Williams College, is a four-year varsity volleyball player, part of a proud legacy of amazing volleyball players to come out of M-A in recent years. She has won  league titles and has played in a state championship and Norcal championship game in her time as a Bear.

Headed to Cornell University, Wilson Eisner has never played soccer at M-A but has been an amazing player  for De Anza Force for six years. He is ranked #7 in his class for the state of California by Top Drawer Soccer. While being committed to soccer and traveling during the school year, Wilson maintained outstanding grades at M-A.

Ethan Mimeles, who will attend Elon, has excelled in both cross-country and track at M-A. He is one of the top 10 runners in school history on multiple courses and qualified as an individual to the California State Meet during his junior year. 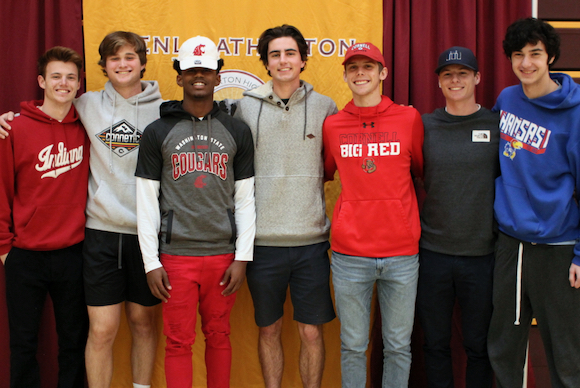 Lena Kalotihos  has accomplished much in both cross-country and track during her years at M-A. She has been part of many league champion teams and has qualified to CCS numerous times. She’s a two-time CCS finalist in her best event, the 800m, as well as being on the track all time list five times including top three in both the 800 and 4×400 relay. She will be attending Sarah Lawrence.

Natalie Grover, who is headed to Dartmouth College, is a three-year varsity volleyball player and two-year captain of the Bears. In her junior year she was awarded second team all league and this year first team all league.

Antony Commissaris was a two-year starter on M-A’s varsity boys soccer team.  He’s been a key offensive player, making smart runs, passes and crosses that created many of M-A goals for the past 2 years. Antony will be playing soccer at Oberlin College next year.

Charlie McKay was the Varsity goalkeeper his first three years at M-A, helping the team to CCS each year with key PK saves. He earned all-league honors in his Sophomore and Junior seasons, and he captained the team last year as a Junior. This year, he played with yer Silicon Valley Soccer Academy, but has stayed connected to our team by volunteering with goalkeeper training. He is going the six-time national champion soccer program at the University of San Francisco. 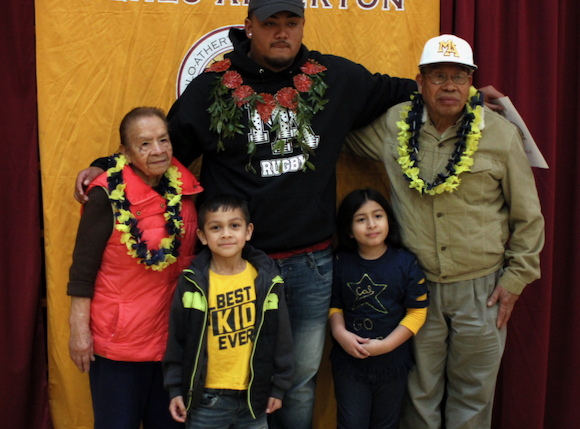 Ava Honerkamp is team captain of NorCal Crew’s varsity women’s team. In 2019, she placed 3rd at Southwest Regionals and went on to represent her team at the US Rowing Youth Nationals where she placed 7th in the Women’s Pair. Ava also raced at the Head of the Charles regatta in 2018 and 2019 where she and her crew medaled in the Women’s Four event. Ava is continuing her rowing career at Brown University.

Jacqueline Kelly rowed for Norcal Crew in Redwood City for all four years of high school, the last three in varsity boats. Last season her open 4 boat earned a bronze medal at the Southwest Regionals in Sacramento. This fall Jacqueline’s 4 medaled, placing 5th out of 85 boats at the Head of the Charles Race in Boston Massachusetts. Her boat won the first medal at this prestigious regatta in Norcal’s history. Next year Jacqueline will be rowing for the four-time National Champion Golden Bears at the University of California.

Headed to Pomona College, Jake Albro is a four-year Varsity starter as both a pitcher and position player. He has been a captain the last two seasons.  In his junior season Jake posted a .347 batting average with 13-RBIs, 10 doubles, and 2 home runs. On the pitching mound he is dominant with a career ERA of 3.37 with 132 strikeouts.

Nikola Marakovic is a four-year Varsity swimmer. Nikola, known as Niki, has been a repeat PAL champion in the 100 Butterfly and has qualified for CCS in his events along with CCS qualifying relays. He’s headed to Williams College.

Tennis player Allison Browne transferred to M-A  as a junior and quickly made her way to the top of the ladder and was the #1 singles player this year, earning 1st Team All PAL both her junior and senior years. She has yet to commit to where she’ll be playing next year.