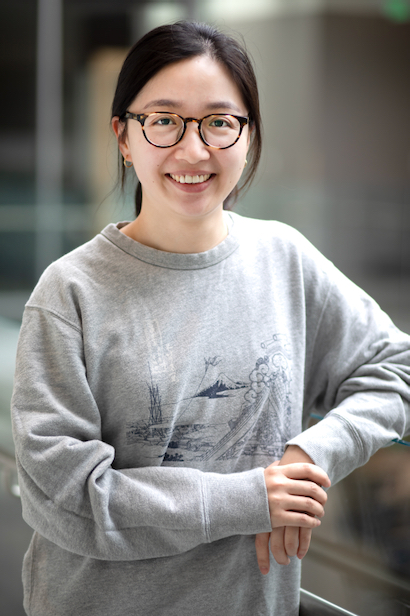 Taking on a major project as a new hire at a world-renowned national laboratory would be daunting for some, but not for Siqi Li. As an associate staff scientist at the Department of Energy’s SLAC National Accelerator Laboratory in Menlo Park, she actually prefers to work on several projects at once.

“To me, it’s enjoyable because you get to work on new things with different people and sometimes there are overlaps,” says Li. “You can bring ideas to the table that use aspects from both projects.”

She credits much of her interest in physics to her high school teacher for showing her the beauty of physics.

“We were breaking down these incredibly complex phenomena that exist in nature into simplified, digestible equations,” she says. “It was about transforming nature into a language we could understand.”

Li’s first introduction to accelerator physics research came from an internship at the DOE’s Fermi National Accelerator Laboratory one summer when she was an undergraduate student at the University of Chicago.

After attending the U.S. Particle Accelerator School and completing her bachelor’s degree, Li came to Stanford University for graduate school, where her interest in exploring and potentially connecting different projects in accelerator physics really blossomed.

During one project, she worked on improving the performance of SLAC’s Linac Coherent Light Source (LCLS) X-ray laser – starting at one end, where an electron gun produces a steady stream of electrons for acceleration, and working her way down the beamline to the other end, where the electrons are forced into a wave-like motion to generate X-rays. This required her to consider how everything connects and works together, a thought process she now tries to implement for all the projects she’s working on.

“One of the perks, both then and now,” Li says, “is that you get to work with people from different backgrounds, people who are very specialized and experts in what they do, and you get to learn from them and see how they work.”

After completing her PhD in 2019 under the supervision of SLAC’s Zhirong Huang with an award-winning thesis, Li accepted an associate staff scientist position at SLAC and already has two projects to keep herself busy.

One of the projects, called X-ray laser-enhanced attosecond pulse generation or XLEAP, announced a major advance last month – a new method to allow scientists to observe the motion of electrons. 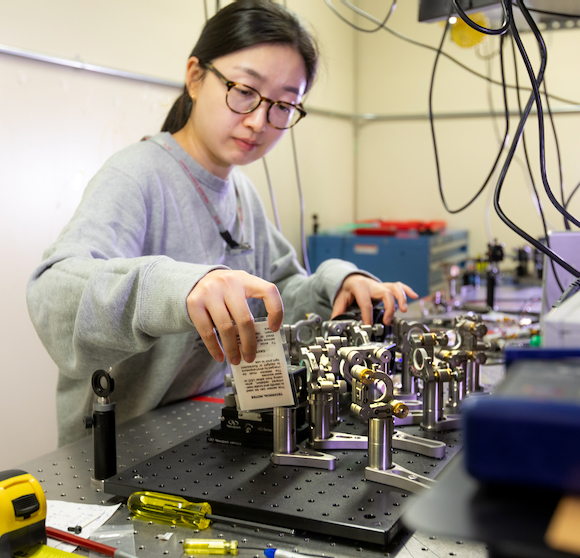 XLEAP is pushing the frontiers of ultrafast science with this method, allowing scientists to observe chemical processes clocking in at attoseconds, or billionths of a billionth of a second. For reference, one second compared to the age of the universe is analogous to two attoseconds compared to a second.

Li got involved with XLEAP early on and was a lead author of the paper that announced the new attosecond method.

“At the very beginning, I was doing a lot of simulations and instrument design,” she says. “Then when the XLEAP started to come to life, we ordered parts and stitched everything together in the lab before we could move everything to the experimental hutch at LCLS.”

Now that the first round of the XLEAP experiment has ended, Li and the other scientists working on the project are analyzing all of the data they collected. As with any experiment, their main focus is working towards the original goals proposed by the collaboration while keeping an eye out for any other interesting things that may come out of the data unexpectedly.

Li also meets with team members inside the laboratory and collaborators outside SLAC to discuss their findings and come up with potential new algorithms to use for data analysis.

Most of the time, when scientists do X-ray imaging they want to use coherent light waves because they know how to analyze the data. But there are some inherent limitations to coherent imaging that impacts the resolution of the detected images.

By using incoherent imaging instead, scientists can overcome these limitations and achieve higher resolution by analyzing the data in a novel way.

This project is still in preparation mode, with plans to do experiments within the next few months at SACLA in Japan and, in the near-future, at LCLS. Li’s current role is to produce simulations that predict what they’ll be able to detect once the experiment begins, while also trying to identify factors that could reduce that signal.

When she’s not working to create more efficient and advanced X-ray lasers, Li likes to unwind with yoga.

“I used to do a lot of ballet, but an injury made me switch to yoga,” Li says. “It’s definitely a lot more relaxing.”

After starting yoga, Li decided she wanted to pursue a yoga teaching license, and she now leads small sessions for colleagues after work. Through it, she found a greater understanding of human anatomy.

“It’s not usually the wild poses one might find on Instagram,” she says. “But that’s true for being a scientist too. It’s not always lab coats and fancy integrals on blackboards. The day-to-day activities depend on where the project is, but every aspect is important and exciting in its own way.”