View and then discuss “The Cabinet of Dr. Caligari” on Feb. 26 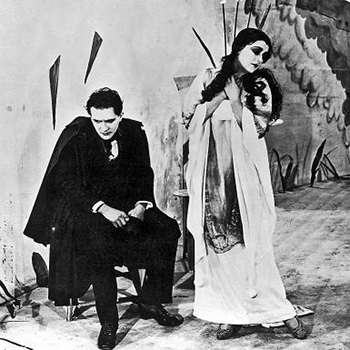 It’s the 100th anniversary of this silent German expressionist horror classic! View and discuss the film that has inspired Tim Burton, and auteurs and goths for generations at the Menlo Park Library on Wednesday, Feb. 26 from 6:30 to 8:00 pm.

Considered the quintessential work of German Expressionist cinema, it has themes of brutal and irrational authority. Writers and scholars have argued the film reflects a subconscious need for a tyrant, and is an example of Germany’s obedience to authority and unwillingness to rebel against deranged authority. Other themes of the film include the destabilized contrast between insanity and sanity, the subjective perception of reality, and the duality of human nature.