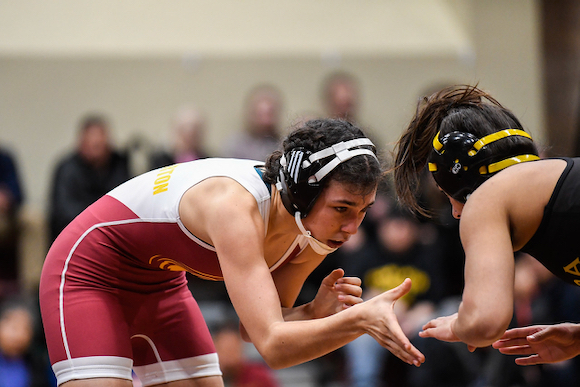 This past weekend the Menlo-Atherton High School Girls Wrestling team won the CCS Championship for the fourth year in a row with 162 team points and 23 team pins. The four CCS wins is a school record; it’s never been done before since M-A opened its doors in 1951. It surpasses a girls’ basketball team from the mid ‘70s that had three CCS wins.

Based on their CCS performance Bensoussan, Brussard, Smith, and Tabaldo have qualified to represent Menlo-Atherton in the CIF Wrestling State Championship in Bakersfield this coming Thursday, February 27 through Saturday, February 29.

With a win at Woodside High School on Feb. 14, the M-A Bears boys basketball team completed their league season undefeated at 12-0 for the second year in a row, ending the regular season at an impressive 21-3. For the second year in a row, the Bears were the only public school to qualify for the CCS Open division (a total of eight teams qualify out of 130 teams total).

Also for the second year in a row, the Bears faced perennial powerhouse Serra High School in the first round. The game, played at a packed Fremont High School gym, proved to be a barn burner with the M-A Bears prevailing in overtime by a score of 45-43. 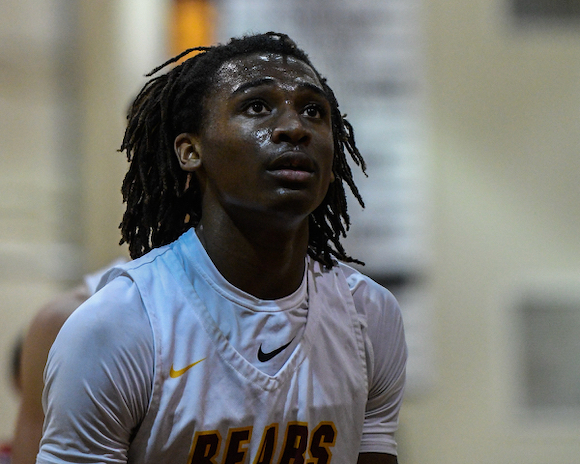 M-A trailed most of the second half before turning on the jets in the fourth quarter. Skyler Thomas (pictured above) played the best game of his career leading all scorers with 17 points. J.D Carson netted 11 points with two clutch threes in the fourth quarter. Nick Tripaldi hit a clutch three with about 15 seconds left to tie the game in regulation.

The heroics in OT belonged to Justin Anderson who played incredible defense with two steals,  the last one leading to the go ahead bucket with just seconds remaining.

With the win, M-A chalked up only the third win ever by a non-WCAL team in the CCS Open division. The other two were by M-A’s team last year and the team from Palo Alto High the year before last.