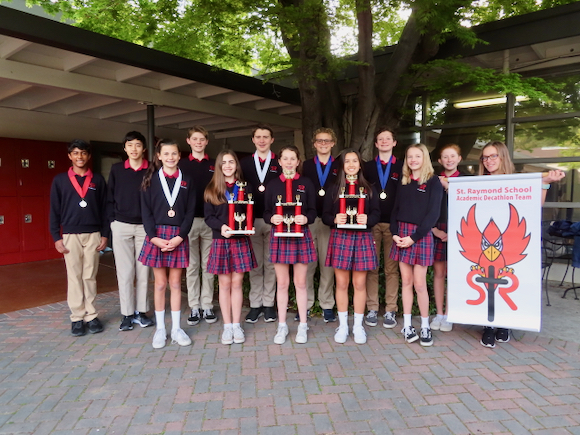 There’s a lot of pressure when following a six-year winning streak, but the 2020 St. Raymond School Academic Decathlon team proved to be up to the challenge. For the seventh year in a row, the team from St. Raymond School was the overall winner in the Archdiocese of San Francisco California Catholic Schools Academic Junior High Decathlon competition.

The team will now go on to compete in the national competition on April 4, 2020 in San Bernardino at Aquinas High School.