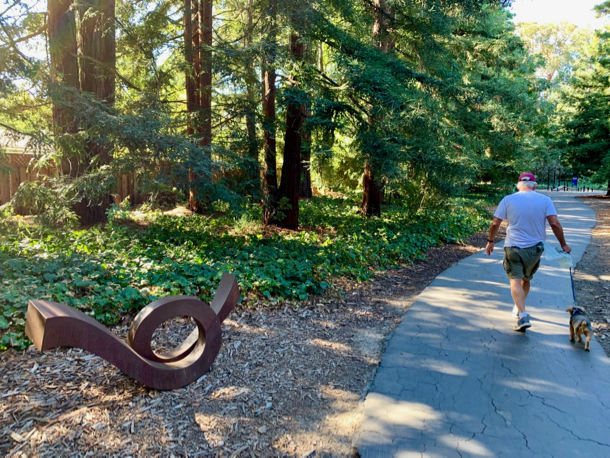 The Santa Clara County Board of Supervisors voted unanimously (5-0) on May 12 to fund seven projects in six San Mateo County communities — including Menlo Park, Atherton and Portola Valley — using funds stemming from the 2000 Stanford University General Use Permit approval. This is a collaborative effort with San Mateo County to increase recreational facilities as well as expand trail access.

The effort was spearheaded by County Supervisor Joe Simitian, whose district includes Stanford University, and who formerly represented South San Mateo County when he served in the California State Legislature from 2000-2012.

“Development is increasingly regional, and the impacts of development in our area are certainly felt on both sides of the County line. I’m pleased we’re able to work collaboratively with our neighbors in San Mateo County,” said Simitian. “Safer trails and more opportunities for recreational activities are beneficial for all neighboring residents and cities.”

As part of the 2000 Stanford General Use Permit (GUP), an Environmental Impact Report (EIR) determined that Stanford’s housing and academic development with an increased resident and worker population would increase the demand for recreational facilities, while reducing the availability of those facilities.

To mitigate the loss of recreational facilities, Stanford was required to dedicate trail easements. When one of the easements in San Mateo County proved elusive, the University put the in lieu fees into escrow with the County. Now, almost two decades later, the last of those funds are finally being allocated.

“We were thrilled to have the opportunity to put together a package of projects to increase recreational opportunities for our residents,” said San Mateo County Manager Mike Callagy. “We’re looking forward to continued cross-county collaboration with our partners to the South.”

Simitian observed: “It’s been a long and twisting path to get here (pun intended), but I couldn’t be happier to see the funds finally getting into some of the areas of our region most impacted by development at the University over these last many years. We shouldn’t let artificial boundaries deter us from doing the important work we need to do together.” 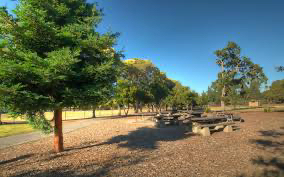 – Reimagine Flood Park (County of San Mateo adjacent to Menlo Park) – Construction of new park amenities in conformance with the Park Landscape Plan. The funding will help pay for the construction of a new baseball field with a multi-use field in the outfield, a second separate multi-use field and a pump track (mountain/dirt bike course);

-Alpine Trail (Portola Valley/Midpeninsula Regional Open Space District) – Conversion of a closed portion of Alpine Road to a multi-use trail, south of Skyline Boulevard with the repair of washouts from major storm events and shoring up of other stream crossings that are at risk of failing. This trail would directly link with other Midpeninsula Open Space regional trails in the Coal Creek and Monte Bello Open Space Preserves, including the Bay Area Ridge Trail

-Library Parking Lot A Conversion (Redwood City) – Construction of a new public park adjacent to the Downtown Redwood City Public Library, across from City of Redwood City Hall, converting an existing 0.45 acre, 51-space parking lot with park amenities immediately adjacent to Rosselli Garden. This would result in the creation of a new larger 1.65-acre park that would include features, such as, a plaza, children’s play area, water feature, public art, turf and a garden area.