SafeSpace Youth Action Board comes together to “Spread the Rainbow” 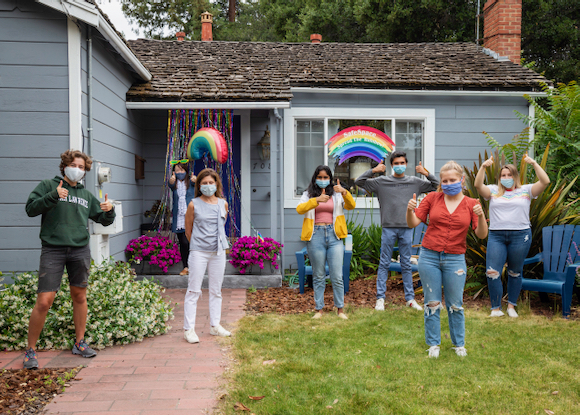 With shelter-in-place orders still in effect, local nonprofit SafeSpace had to cancel its Menlo Park teen mental health walk. Despite all the plans and lives placed on hold, the teens at SafeSpace Center decided to get creative and got busy on regular Zoom meetings. 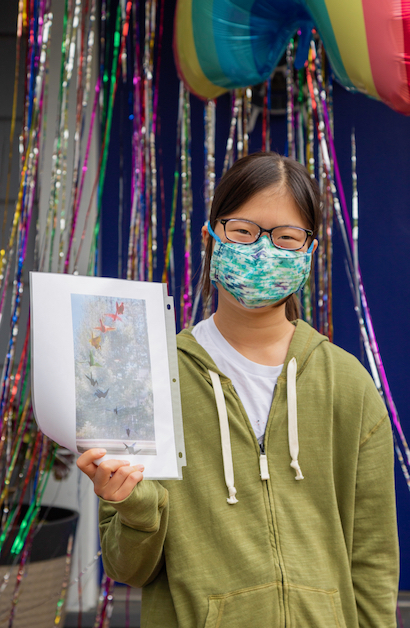 Soon, over 40 teens from the Youth Action Board brainstormed new ways to spread the message of hope and support. This is when the Spread the Rainbow community project/contest was created. They mobilized the community to spread rainbows, wherever and however they wanted, to bring the community together in a common mission to share hope with each oth

With many people out walking and biking, colorful rainbows began to spring up in their neighbor’s windows, bright rainbows greeted them on sidewalks, and creative bursts of colors and messages of hope appeared one after another.

Five winners were selected for their meaningful entries. Audrey Lee’s Cranebow won the middle school category (pictured above). “The scene is of 10 origami cranes flying in unison,” she said. “It serves as a reminder that although we are apart, we can still stay in touch with each other and be a community.”

Commented SafeSpace Youth Action Board member Mikayla Wong, who is a Junior: “I wanted to be a part of the Spread the Rainbow project to help find light in this hard time. It’s really difficult to keep hope during this pandemic, but through this project, I was able to spread positivity, and I’m honored to have been a part of it. It was a new way for me to get involved with the community. I liked the idea of including everyone, as people from all ages were encouraged to participate.”