Neighborhood walking: The story behind the Fromhertz House on Portola Road 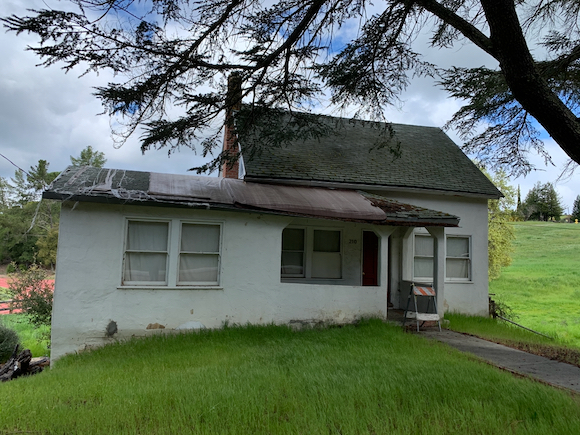 Editor’s note: We continue to highlight some of the stories behind buildings that you may have walked by many times before but never knew their history.

The Fromhertz House, located at 210 Portola Road in Portola Valley, was originally built by George Fromhertz who was born in Baden, Germany in 1840. When he first came to the area, he worked on a ranch up near Skyline Boulevard. Later he leased approximately 450 acres from Jose Antonio Martinez  on Coal Mine Ridge, where he cleared the land, built a six room house, a barn, and other out buildings. He used the land for farming and grazing stock.

George and his wife, Josephine, had nine children who used a two-wheel pony cart to get to Searsville School from Coal Mine Ridge. So, in 1889 George bought an additional 6.81 acres from Martinez  that included what is now 210 Portola Road. He and a man named Snow built the Fromhertz house along with a barn on the land. This was to be his “townhouse” for his wife and children, which allowed the children easier access to the new Portola School.

George continued to work the ranch on Coal Mine Ridge, and his wife and children would come to help on weekends. George died on his ranch in 1894. His ranch eventually became part of Governor “Sunny Jim” Rolph’s Ranch.

His widow, Josephine, continued to live at 210 Portola Road and eventually sold the house in 1908 to Joseph Rodgers. Joseph had immigrated in 1881 from the Portuguese Azores with his wife Mary in 1888. [His name was Anglicized from the Portuguese Rodgrigues; it is sometimes spelled Rogers in old records]. As adults, their three children and their spouses farmed the land. Joseph died in 1939, and in 1951 the property was sold to Louis and Carrie Gambetta.

The two Gambetta brothers, came to Portola Valley in 1920. They were among the last of the Italian settlers to arrive in the valley. Before buying the Fromhertz House, they had leased the Conolley property on the south side of Portola Road, where they started a dairy and lived together behind the flax barn.

After John Neylan purchased the land that the Gambettas were leasing, Louis Gambetta bought the Fromhertz House from the Rodgers family. Louis and his brother then moved the dairy to the north side of Portola Road. Louis and his wife Carrie had a son, Louis Jr., who worked on the dairy. After father and son died, Carrie continued to work the ranch by herself. After her death in 1985, her niece Judith Rutherford inherited the property. The Woodside Priory purchased the house from her in October 2010.

Over the years, the Fromhertz House has been stuccoed, and the barn was moved back from the road and eventually removed. For the most part, however, the house resembles its original appearance.