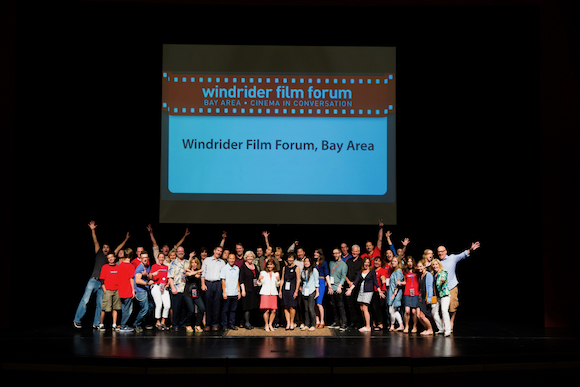 Windrider Bay Area Film Forum’s 2020 program of curated short films and conversations with filmmakers will be virtual this year,  open to a worldwide audience. The Film Forum be will streamed; access is free to anyone who registers to attend.

“For 10 years, Windrider has hosted live events in the San Francisco Bay Area, screening independent films focused on stories of people being faced with major challenges and finding unexpected solutions and constructive ways of dealing with problems,” said Atherton resident Terri Bullock, Director of Windrider. “With COVID-19, we’ve all had to pivot and reinvent how we do things. Fortunately, with technology, we will still be presenting these inspirational shorts with their messages of hope at a time when these stories need to be heard more than ever.”

In addition to the Film Forum, Windrider is launching a Summer Film Series. This new weekly series will highlight a set of short films, some that have appeared in prior Forum programs, and others new, all followed by a filmmaker conversation.

Walk, Run, Cha-Cha
This 2020 Oscar nominated documentary tells the story of Paul and Millie Cao, who rebuilt their lives as immigrants in America shortly after the end of the Vietnam war. Years later, they face one of life’s biggest challenges – going beyond one’s daily responsibilities to happiness and fulfillment. Come share their journey as they discover the joy of dance. We often hear the story of refugees escaping their countries in hope for a new life, but Walk, Run, Cha-Cha tells the story of what happens next.

That’s My Jazz
What do you do when you are the son of a famous Jazz musician and want to honor his legacy? Become a world-renowned pastry chef.

That’s My Jazz tells the story of Milton Abel II, Michelin star pastry chef, and his jazz legend father, Milton Abel, Sr. This documentary beautifully weaves the exceptional careers of this father and son and the challenge to find balance in life, against the backdrop of jazz as a metaphor and reflection of life.

Filmmaker Ben Proudfoot will be in discussion with Windrider after the film.

In Identity: The Andrew Nemr Story
It’s the human experience to face at some point the looming question, where do I fit in the world? In Identity, filmmaker Jon Cipiti tells the poignant story of world-famous tap dancer, Andrew Nemr, who discovered his gift of tap at an early age, then uses it to dance his way out of troubled times, express his joy in good times, and become the best version of himself possible.

Andrew Nemr and filmmaker Jon Cipiti team up in conversation following the film.

Windrider Summer Film Series July 5 – August 16, 7:00 pm PDT
All audiences are invited to enjoy a Windrider short film every Sunday evening over a seven-week period beginning July 5th at 7:00 pm PDT. Once you register through WindriderBayArea.org you will receive a link each week to view an inspirational short film and filmmaker conversation.

This is Windrider Bay Area’s 11th season of bringing thought-provoking, independent films to the Peninsula community, and now beyond. You can help ensure that the film forum continues by making a donation.