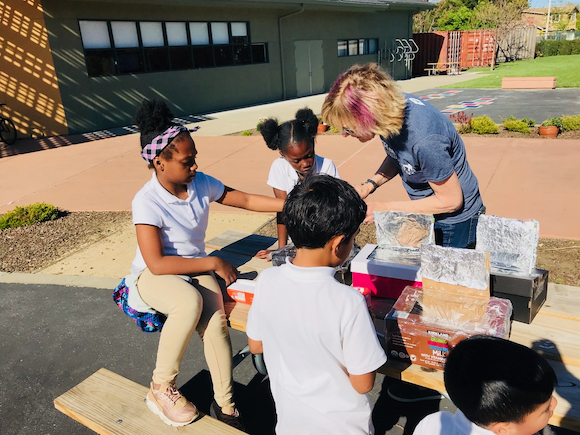 The events of the past few weeks have underscored how much we all need to support the difficult work of dismantling systemic racism in our lives, relationships, coalitions, and work. As we grapple with a new understanding that witnessing racism in silence is complicity and as we come to a historic reckoning of seemingly subtle discrimination that manifests in sheer violence, we turn to local leaders for solutions.

This week the City of Menlo Park stepped up with a Proclamation recognizing Juneteenth [June 19 – an annual holiday commemorating the end of slavery in the United States, which has been celebrated by African-Americans since the late 1800s] and a Black Lives Matter resolution. It’s a historic moment for Menlo Park, thanks to strong leadership from Mayor Cecilia Taylor. The Black Lives Matter resolution in particular marks the beginning of long-needed reforms to be formulated.

The City Council is committed to “…collaborating with our community to seek the change that we desperately need; we must identify clear actions going forward.” And the City “…resolve(s) to:
1. Reform policing in Menlo Park so everyone can live their lives without fear.
2. Reform our land use policies to reflect one united city.
3. Prioritize climate action and empower the City’s environmental leadership, recognizing
that our most vulnerable residents are the most affected by this global issue.
4. Ensure that City services support all our residents, and everyone feels welcome.
5. Revise City policies and practices to promote inclusion and equity.”

These are all critical issues worthy of the city’s focus. The priority for Climate Action in this context, however, bears explaining. The issues of climate and racial justice are closely tied. Racist policies, such as redlining in housing, have led to communities of color and especially black people, being disproportionately impacted by air pollution from freeways and industrial sources – the same pollution that leads to climate change.

During the Council meeting on Tuesday, there was also a discussion of climate impacts in Menlo Park, showing how the Belle Haven neighborhood will be the hardest hit. In a detailed vulnerability assessment, the County estimates over $1 billion in property loss and potentially thousands of people displaced from Belle Haven due to flooding from rising sea levels.

The disproportionate flooding and displacement in Belle Haven is clearly an issue of climate justice, following the vastly unjust pattern of disadvantaged communities and the most vulnerable among us (elderly, children, and those with asthma and medical conditions) bearing the brunt of the climate and pollution impacts.

Menlo Park’s Environmental Quality Commission has been hard at work on a Climate Action Plan with bold measures and goals to help address this serious issue. Through the climate actions in the proposed plan, Belle Haven and all of Menlo Park will become healthier, more resilient, and have cleaner air.

The climate movement is not immune to systemic racism, but we can push back against those confines, by prioritizing justice, diversity, access, and equity above all else. We can stand up and use our voices to condemn racism, discrimination, and police brutality. We can fight racial injustices, structural inequities, and economic disparities.

The climate fight is urgent, but it cannot be won without racial justice. When the City of Menlo Park says Black Lives Matter, environmentalists stand with city leaders echoing and supporting this call for racial justice.

Photo courtesy of Menlo Spark was taken on Earth Day 2018 at the Boys & Girls Club in the Belle Haven neighborhood of Menlo Park. “We were teaching the kids about clean power, like the solar panels on the clubhouse roof, and helping the kids build solar ovens & then they used them to cook mini pizzas,” explains Diane. “Lauren Swezey, Sustainability Manager at Facebook is pictured with three BGC kids.”