So, What ARE You? is virtual library program on July 18 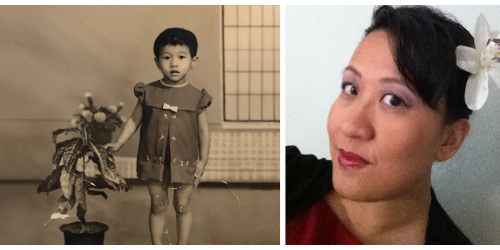 Forty five years after The Fall of Saigon, the Menlo Park Library brings you the touching and often hilarious memories of one insider and her memories of life as a new American on Saturday, July 18, from 11:00 am to noon. Register online.

Fleeing Vietnam on the eve of the fall of Saigon and ending up in refugee camp in Arkansas was already traumatic enough. But then, her family settled in Katy, Texas. Which was the nightmare again?

In this captivating, heartbreaking, and ultimately, hilarious performance, Judi Le recounts her struggles as a young Vietnamese girl straddling two cultures: the one she was born into, and the one she lives with. It’s a wonderful journey full of fascinating characters, capturing the absurdity and joy of the human condition.

Judi spent eight years writing and performing her show in and around Los Angeles, including at the Stella Adler Theater and the Hudson Guild Theater. She now calls San Francisco home, and is looking forward to sharing her family’s story in the Bay Area.