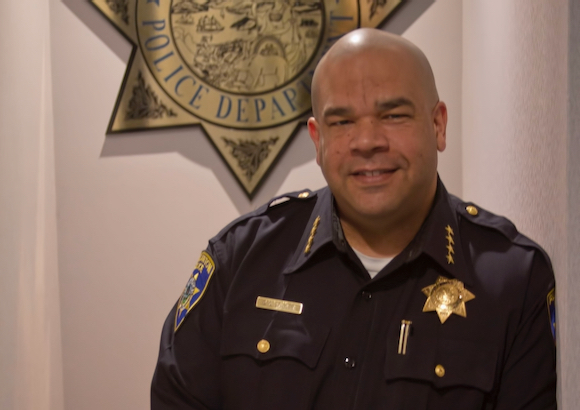 Spiller began his career as a patrol officer for the City of San Diego before moving to the City of Mountain View and serving there for over 11 years in various department operations assignments. He joined the City of Pleasanton in 2002 as a lieutenant and was promoted to captain a year later. In 2011, he was named as Pleasanton’s police chief, serving eight years in the top job before retiring in November 2019 with 30 years of law enforcement service.

City Manager Starla Jerome-Robinson stated: “I’m excited to appoint David Spiller as interim police chief while we begin our search to fill the position permanently. Chief Spiller has led a distinguished law enforcement career and is known for cultivating a spirit of cooperation and community building between his officers and residents. I’m fully confident in Chief Spiller’s ability to lead the department professionally and with the utmost integrity, transparency and commitment through this time of transition.”

“I have spent my entire adult life in public service and I look forward to continuing to serve,” said Spiller. “I look forward to lending my experience to the organization and working with the Police Department staff, city staff, City Council and the entire Menlo Park community,.”

Interim Chief Spiller holds an associate degree in administration of justice from De Anza College, a bachelor’s degree in organizational behavior from the University of San Francisco and a master’s degree in public sector leadership from Saint Mary’s College. Additionally, he is a graduate of the Senior Management Institute for Police through the Police Executive Research Forum (PERF) and he is a graduate of California’s Commission on Peace Officer Standards and Training (POST) Command College.

Interim Chief Spiller is very involved in his community and in his profession. He serves as an advisory board member on the Administration of Justice Board at Las Positas College, where he also serves as an adjunct faculty member, and as a member of the International Criminal Justice Board at the University of San Francisco. Additionally, he is an independent contract trainer and group facilitator serving nonprofit organizations and municipal government. Since retiring from Pleasanton last year, he has worked with the California Department of Corrections and Rehabilitation’s Office of Internal Affairs as a member of the organization’s Deadly Force Review Board.