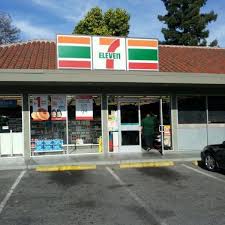 On Sunday, August 9, 2020 at approximately 3:01pm, Menlo Park Police Dispatch received a 9-1-1 call concerning a stabbing that had occurred at the 7-Eleven convenience store located at 525 Oak Grove Avenue in Menlo Park.

Upon arrival, officers located the 7-11 employee with stab wounds on his neck and hand that were sustained during a robbery. He was treated and transported to the hospital with apparently non-life-threatening injuries.

After conducting a search of the area and with the assistance of an alert citizen, officers were able to locate the suspect. The suspect was identified as 27-year-old Matthew Bertolucci  of Menlo Park who was found to still be in possession of the stolen property and a knife believed to be used in the attack.

He was placed under arrest and booked into the San Mateo County Jail for violating Penal Code sections 211 – robbery, and 245(a)(1) – assault with a deadly weapon.

If you have any further information regarding this incident, please contact the Menlo Park Police Department at 650-330-6300.