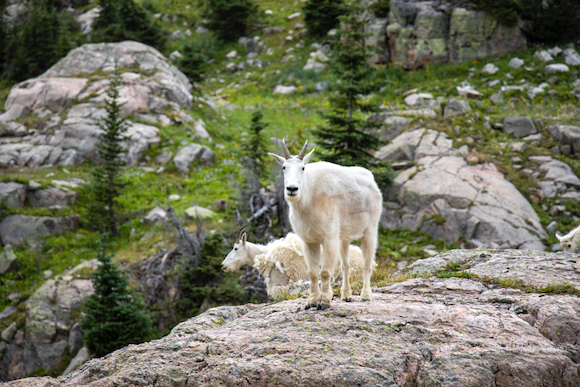 While a planned trip to Greece was scuttled due to the pandemic, InMenlo contributing photographer Lena Kalotihos did get in a trip to Colorado before heading to Sarah Lawrence for college this fall. 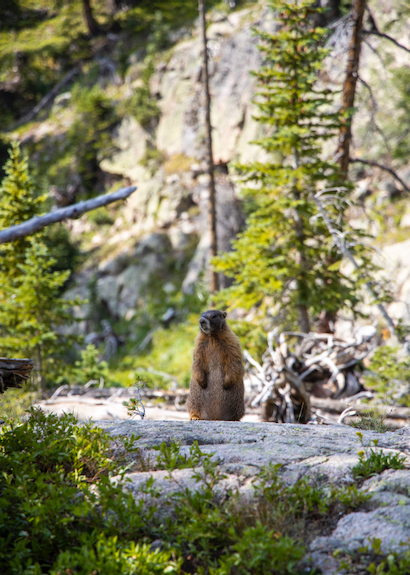 Lucky for us, she propped her camera atop her day pack, so it was always ready to photograph animals spotted on the way.

“The highlight of the trip was hiking to Booth Lake,” she says. “We started at 9,000 feet and went to 12,000 feet. It was 10 miles round trip, and the second hardest hike I’ve ever done, the first being Rainbow Mountain in Peru. There were a lot of rocks and it was literally climbing a mountain!

“The reward for making it is a dip in the lake. It was colder than Tahoe but very refreshing!”

Descending she discovered vistas missed on the way up, including a pretty wildflower valley (bottom) and a dozen mountain goats (top). “They were just barreling down the mountain and pretty darn cute!” 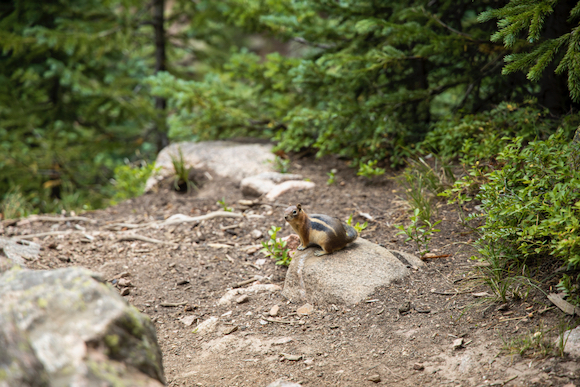 She also manage to capture a chipmunk and a marmot (above right). “Photographing animals is difficult because the sound of the shutter causes them to move.

“The marmots were so curious about people. And they seemed to be a wide as they were tall!”

Lena describes it as “all worth it” but does admit “my knees were not thanking me afterwards.” 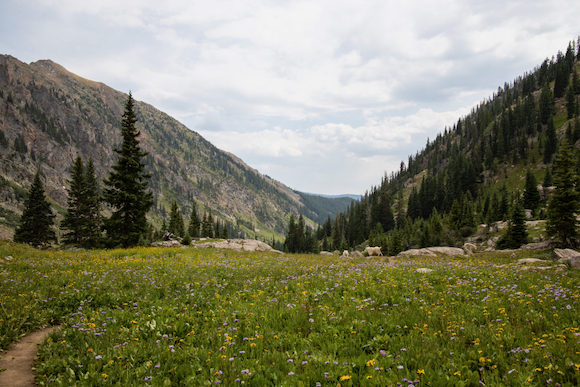