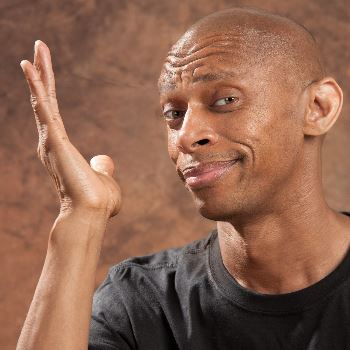 In a performance intended for adults and teens, storyteller Chetter Galloway presents A Tale of a Few Tricksters! on Thursday, October 15, from 6:30 to 7:30 pm. Register online.

Some sneaky, some clever, some greedy, some wise, these characters are like birds of a feather whose stories flock together.

Storyteller Chetter Galloway is a raconteur of African and African-American stories. He honed his craft at East Tennessee State University in their Masters of Storytelling Program.

Chetter has recorded three storytelling albums, and has performed across the country at notable venues such as: Atlanta’s High Museum of Fine Art, The National Black Arts Festival, and The Smithsonian. A native of Sufflolk, Virginia, he now resides in Atlanta, Georgia.